Home Personality Logistics is Still an Issue in India Despite the Tremendous Investments Being...
Facebook
Twitter
WhatsApp
Linkedin 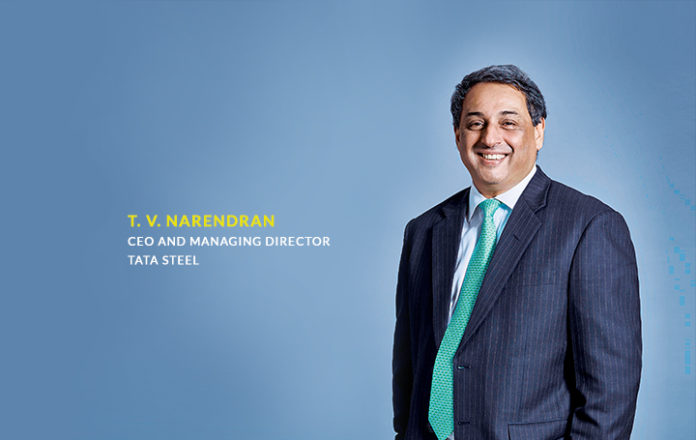 We wanted to stay focused on steel plants in the east of India as we could monetise our captive mines better and leverage our existing footprint and local relationships, TV Narendran CEO & MD Tata Steel tells Steel360 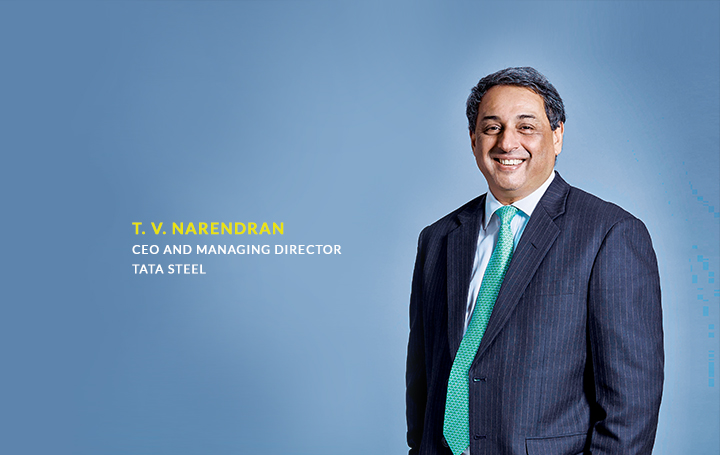 Q. Has Tata steel impacted by the trade war and China’s slowdown?

A. Yes, Tata Steel has been impacted by the trade wars and the developments in China. Our European business sells almost 0.7 million mt of steel from Europe into the US and that was disrupted for a few months till the market prices in the US stabilised at levels that factored in the cost of additional import duties. Thereafter, Turkish material started moving into the European markets as they got shut out of the US. The EU has taken some steps to ensure that imports are limited.

As we do not export much into the US from India, we were not directly impacted. Also, the domestic market has been strong and the weaker rupee has helped us vis-a-vis imports. But we have seen more Turkish offers in South-East Asia than we have seen in the past and over the last couple of months we have seen the impact of the trade actions on China leading to China also getting more active in the export markets.

However, macroeconomic fundamentals in most steel consuming regions in the World are strong and so we are not as pessimistic as some observers have expressed.

Q. Has Bhushan Steel contributed to Tata Steel Q2 performance and what is the next step for Bhushan steel?

A. Bhushan steel has sold more than 1 million mt in Q2 and delivered an EBITDA/t of over Rs 10000/t and an EBITDA of over Rs 1000 Cr for the quarter. It has also been cash positive and has started repaying some of its debt. So overall it has been a good quarter but there is a lot more work to do. Our focus is to get the production to over 5 million mt in the next 24 months. Our run rate today is over 4 million mt.

Q. Essar is a bigger catch, why Tata steel did not consider it?

A. We wanted to stay focused on steel plants in the east as we could monetise our captive mines better and leverage our existing footprint and local relationships. Also, Bhushan steel was the only plant on offer that could be run at full capacity with minimal capex. It was the readiest to go plant with some good downstream assets in the west and south. In Essar, we knew that we either would have to solve the problem on gas or invest capital in building a Blast Furnace

Q. How do you foresee steel price trends in Q3 FY19 in domestic market?

A. January to July is typically the best period of the year for the steel business in India and tends to be a strong period globally as well. So, while steel prices have dropped a bit this quarter globally given the fairly-strong fundamentals globally and in India we are optimistic about Q3.

Q. What are the expansion plans for Tata Steel Kalinganagar?

Q. We heard Tata Steel is aggressively exporting HRC to SE Asian markets like Vietnam, what are the buying interests from these countries?

A. We export around 10% of what we produce and so are not big exporters. Natural markets for us are neighboring countries like Nepal and Bangladesh and the SEAsian markets like Vietnam who are big importers. We also sell some volumes into the middle east and some tonnages into Italy. So. I don’t think we are aggressively selling in any single market.

A. Not yet. But as international prices have dropped in the last few weeks and the rupee has strengthened a bit we see some activity and understand some parcels have been booked as import prices and domestic prices are quite close to each other. However, importers may have to worry about the price risk they are exposed to as normally parcels arrive a few months after you book it and so the risk is higher for them in a softening market than a rising market!

A. Yes, logistics is still an issue in India despite the tremendous investments being made. This is going to be one of the biggest problems for us to solve as a country and as an industry as we move towards being a world leader in steel production. It is also an opportunity as we solve the problem we can create new jobs and new businesses. For a large country like ours and for a logistic intensive business like ours this is a very important cost. Tata Steel already accounts for about 4% of the freight revenue of Indian Railways. While the Government and the Railways are being supportive, there is a lot for them to do together. The freight hike has added to our costs. We are obviously concerned about the costs of doing business as we can only be world-class in costs within our factory gates and will work with the Government to see how to improve the costs outside the factory gates.