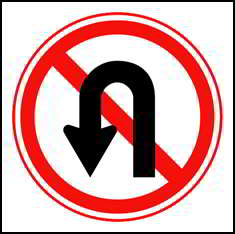 One should resort to driving in reverse gear only in rare circumstances. And having missed the right road at the fork is not one of those.

Amendments with retrospective effect are permissible to some extent in the matter of criminal legislation, to cover the loopholes that may offer the accused an unjust escape route. But in civil matters the right or wrong is defined merely by the legislation. For instance, driving on the left side of the road has no natural sanctity; it is mere a convention that the government seeks to enforce by law.

Under such circumstances, retrospective amendments amount to a breach of trust. What would you say if the government changes the law tomorrow and prescribes driving on the right, and prosecutes you for driving on the left day before ? In fact, in this sense, most of the civil legislation is a de facto contract between the government and the people; and retrospective amendment amounts to breach of contract.

In many civil matters, like taxation for instance, the government has a vested interest in the legislation. The government therefore, functions here as the umpire as well as a player. In such circumstances changing the rules in the middle of the game is criminal.