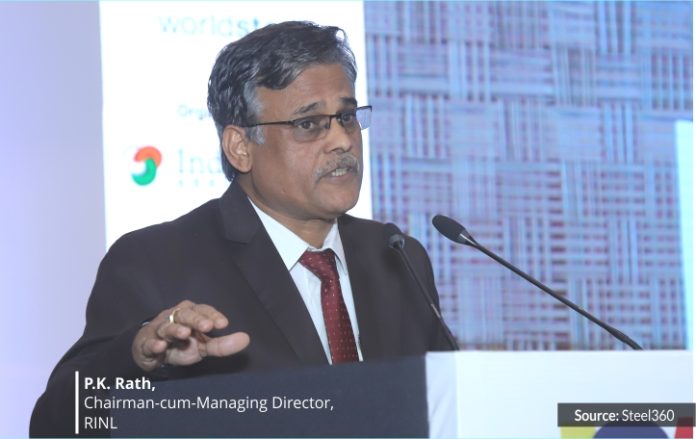 A few positive pointers that could lead to a comparatively better fourth quarter (Q4) are turning the tide in favour of beleaguered public sector steel major Rashtriya Ispat Nigam Limited (RINL), the holding company of Vizag Steel Plant. Consequently, the steel major is mulling plans to shortly resume one of its three shut blast furnaces (BFs). The favourable pointers include a slew of measures announced on the last day of calendar 2019 by the government to boost the economy and a general uptick in sentiment that led steel mills to hike prices last month.

It has been learnt from the company that out of RINL’s three BFs, one furnace was put in shutdown mode in September 2019, “considering the unfavourable price and inventory levels”. It seems RINL had to reduce production because of lack of demand and working towards that it had to go for a “planned” shut-down of its third furnace. Had all three furnaces been working, RINL’s production would have gone up, leading to further inventory pile-up in a market that had been seeing hardly any offtake. 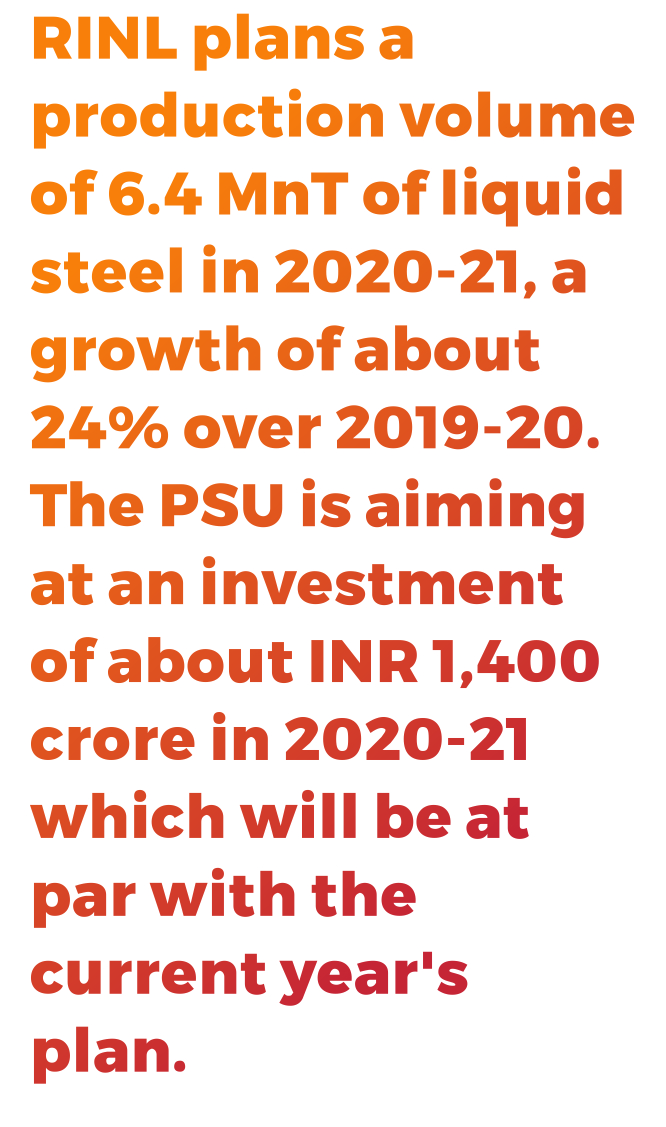 ­However, speaking exclusively to SteelMint, P.K. Rath, Chairman-cum-Managing Director, RINL, informed that, as the price and inventory levels improved, RINL is “planning to restart the third blast furnace within a month’s time”. He further revealed that the other two blast furnaces were operated at a higher operating regime and the volume drop was limited to about 13%.

Crude steel production dropped in December last calendar to around 3.4 lakh tonnes due to the unexpected shutdown in the BF, a source informed.

RINL is aiming at an investment of about INR 1,400 crore in 2020-21 which will be at par with the current year’s plan, Rath further informed.
Record Sales in December

The company has notched up financial year 2019-20’s (FY20’s) highest steel sales volume so far in the month of December, which also saw inventory levels decreasing. In fact, sources revealed that steel sales worth INR 1,966 crore, the highest so far in this financial year, happened in December alone despite the gloomy market scenario and this is a growth over INR 1,670 crore recorded for November, 2019, an almost 18% month-on-month (m-o-m) jump revenue-wise. Volume-wise, December sales were at 552,000 tonnes.

However, sources inform that RINL’s total turnover for the past three quarters from April-December, 2019, were lower at INR 12,700 crore compared to around INR 14,000 crore notched up in the same nine months of the previous fiscal. “There is no growth compared to last year’s turnover for the first nine months because of the turbulent market conditions. We are only seeing some hope in the last quarter,” a company source says.

­Consequently, the inventory of steel in December dropped by around 200,000 MT from the level achieved in November 2019, Rath informed.

December sales definitely helped to clear the inventory to a large extent.

­When asked how does the fourth quarter (Q4) look, in terms of demand and prices, Rath said: “Generally, Q4 is the best quarter in terms of demand. We are hopeful of a further increase in prices, as the current levels are still very low. But, the timing of further price hikes will depend on the market dynamics.”

But, by Q4, RINL expects to have a minimum inventory of 2-3 lakh tonnes, which it says it will have to maintain.

RINL is hoping to perform better in the next quarter provided the market shows some signs of improvement on the back of some announcements made by the finance minister. It may be mentioned that Finance Minister Nirmala Sitharaman unveiled on the last day of 2019 an INR 102-lakh crore national infrastructure pipeline, in accordance with the Narendra Modi government’s vision to make India a USD 5-trillion economy by 2024-25. The finance ministry has set up a task force headed by the Economic Affairs Secretary to prepare a road map for the “national infrastructure pipeline” from 2019-20 to 2024-25 under the INR 100-lakh crore infrastructure plan.

­“We do not know if this will happen or not, but it has created a positive sentiment. The government needs to undertake some measures… Our GDP is going down. So, if these measures boost the economy, it will help every steel player, not just RINL,” says a source, adding, “As it is, there is hardly any on-going developmental work happening in Andhra Pradesh…”