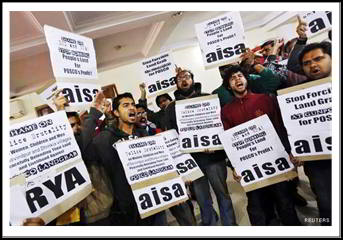 The POSCO project in Odishahas driven a wedge between those who support it and those who oppose it; the opposition itself comes from varied quarters. A large number of people who are to be displaced – the project will engulf eight villages : Nuagaon, Dhinkia, Noliasahi, Gobindpur, Polang, Bayanalkandha, Bhuyanpal and Jatadhar – are upset over the inadequacy of the compensation that the company is offering for their land and loss of livelihood; the company had offered to give about Rs 7,000 per decimal as compensation to the those who would lose their lands because of the steel plant, Rs 40,500 per acre to the prawn farmers and Rs 75,000 per acre to those who lose their cultivable land.

Others oppose the plant on more fundamental grounds : destruction of environment and native culture. The opposition could be even more fundamental : depriving the local people of the right to decide on what to do with their resources. That may sound very philosophical; but, if you know Odisha it is utterly practical too. They are talking of a really rich resource endowment. Odisha could have been a land where milk and honey flows. Even today, in a much disorganised way milk does flow abundantly in Odisha; and honey too. Just take a Google Earth view of the eastern Odisha and you will be dazzled by the overwhelming green. And the minerals; in fact it is the plenty of Odisha that is the cause of its agony.

But development has escaped Odisha, more so as one goes away from the coast. And this is particularly painful to the lower castes and the tribals. The higher castes and the educated have lorded it over them for centuries and driven them to the brink. To these the industrial projects have come as an opportunity. The plants provide gainful employment. But they have also increased their bargaining power, even if it is by increasing their nuisance value.

They are happy about it. They feel avenged. It is this lobby that is in favour of the POSCO project; but they will have it only after they have extorted their pound of flesh. 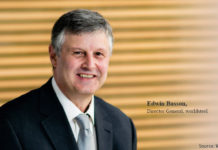