NMDC celebrated its 62nd Formation Day at Head Office, Hyderabad and at all its major projects and units with great zeal and enthusiasm. NMDC, the largest iron ore producer in the country was incorporated on the same day in 1958 and has completed 61 years of excellence. Sumit Deb, Director (Personnel), NMDC, was the Chief Guest and .Jwala Gutta, famous Badminton Player was the Guest of Honour at Head Office in a grand function held at Khanij Bhawan, Masab Tank, Hyderabad.

Congratulating the employees on this prestigious occasion Sumit Deb said everyone associated with NMDC should take pride on its achievements and also be aware of the increased responsibilities it brings in terms of working towards the betterment of the society and nation as a whole. He stressed upon to revamp the present level of production 34 MnTPA to 45 MnTPA. Though, it is a big challenge, everyone should put dedicated efforts to achieve this target. Deb added that NMDC always encourages sports activities in and around its projects which are located in very remote areas in Chhattisgarh, Karnataka and Madhya Pradesh. He made a special note on major milestones of NMDC in its 61 years of existence.

Speaking on the occasion, Jwala Gutta emphasized to encourage sports persons associated with various games in employment. She further said that sports activities keep people healthy and fit and as such everybody should practice one or other game of their interest regularly..Jwala Gutta said that PSEs like NMDC play an important role to encourage sports and games in the country.

As a part of NMDC’s established corporate culture, employees who have put in more than 20 years of continuous service were felicitated during the function with long service awards in recognition of their dedicated and long association in NMDC. These long service awards were presented by Sumit Deb in the presence of Jwala Gutta and Sai Agni Jeevitesh. 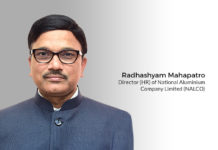 SAIL records a growth of 47 % in December Sales