Steel Authority of India Limited (SAIL) posted a net profit of INR 2,021.54 crore in financial year (FY) 2019-20 (FY20). The PSU earned a profit before tax (PBT) of INR 3,170.66 crore, leading to a profit after tax (PAT) of INR 2,021.54 crore in FY20, as per a company release announcing the financial results for FY2019-20. This profit has been earned in spite of the challenging market conditions, including the onset of the corona virus pandemic.

In FY20, the company registered a turnover of INR 61,024.88 crore and its EBITDA per tonne of saleable steel improved from INR 7,284 in FY19 to INR 7,869 in FY20. The company’s EBITDA/turnover figure stood at 18.35% in FY20 in comparison to 15.52% in the corresponding period last year (CPLY). Along with this, SAIL also achieved the best-ever 14.23 million tonnes (MnT) in annual sales during FY20. Strategies to increase market reach led SAIL to export 1.18 MnT in FY20, making it the highest-ever exports with 54% growth over CPLY.

SAIL re-emerged as the largest domestic crude steel producing company during FY20. It produced 16.15 MnT of crude steel in FY20. The company produced 15.083 MnT of saleable steel during FY20 which is the best-ever figure so far.

In FY20, it also emerged as the largest miner for steel-making input materials by mining a total of 32.406 MnT of iron ore, fluxes (limestone and dolomite), coking coal and non-coking coal.
Efficient plant operations led to improvement in the techno-economic parameters also. SAIL registered the best-ever annual specific energy consumption of 6.47 GCal/tonne of crude steel (TCS) as against 6.50 GCal/TCS achieved in the previous year.

Anil Kumar Chaudhary, Chairman, SAIL said, “SAIL has continued to earn profit consecutively for two years despite the challenging times. The government’s supportive policies have played a pivotal role in maintaining the profitability of the company. The company is continually striving to improve its performance by increasing sales, share of value-added and special steels and new products and aggressive cost optimisation on a continual basis. The government’s focus on ‘Atmanirbhar Bharat’ and ‘vocal for local’ will aid in boosting domestic steel consumption. SAIL is already scaling up its production in tandem with the improving market demand and is committed to continuously enhancing its performance.” 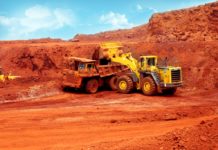 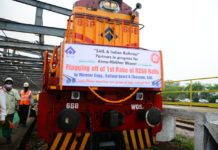