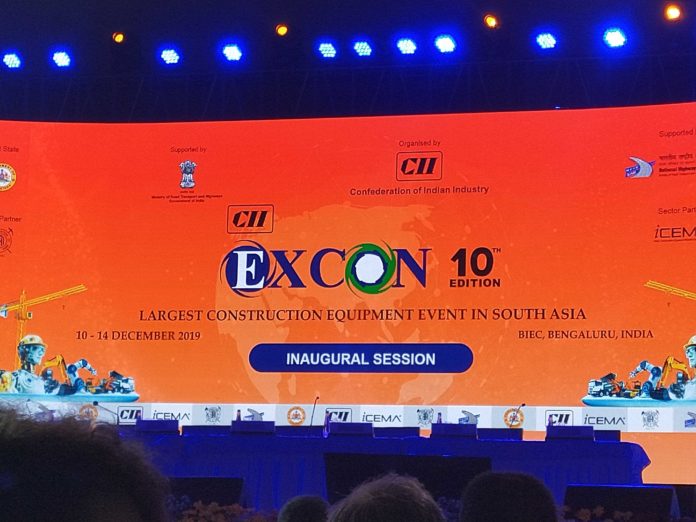 Addressing the gathering at the inauguration ceremony, Union Minister Nitin Gadkari said: “CII has been playing a pioneering role in facilitating accelerated development of infrastructure. EXCON will be a forum to project India as the manufacturing base for construction equipment and components for the world, showcasing state-of-the-art machinery for accelerated development of infrastructure.”

Karnataka’s Chief Minister, B.S. Yediyurappa, said: “The government of Karnataka aims to provide a fair and transparent policy framework to further the process of economic growth. The state’s physical infrastructure has bolstered both new and traditional sectors. Innovation in road, air, marine, and rail connectivity continues to propel Karnataka to new economic heights. It is very impressive to see that CII’s initiatives are reflecting the initiatives and policies of the government. Only when the government and industry work together, we can have the desired economic growth in our country.”

Vipin Sondhi, Chairman, CII Trade Fairs Council, said the 10th edition is being held with the theme, “Smart I-tech – Next Gen [email protected]” and provides a platform for the display of technological advancements, innovations and latest developments in the construction equipment sector.

The 10th edition of EXCON 2019 is spread over 3,00,000 square metres of display area; has 1,250 plus exhibitors, including 390 overseas companies from 21 countries, besides country pavilions from China, Germany, Italy, South Korea, Turkey and the UK.

EXCON is an ideal platform to connect all infrastructure stakeholders, including policymakers, investors, and developers, with the exciting growth story of India’s infrastructure. Over the last 9 editions, the event has grown into one of the topmost construction equipment exhibitions in this part of the world.