Tata Steel posted a consolidated net loss of INR 4,609.17 crore from continuing operations in the first quarter of 2020-21 (Q1FY1) compared to a net profit of INR 695 crore in the same quarter in the previous fiscal.
Total revenues from operations fell to INR 24,288.51 crore in Q1 FY21 against INR 33,769.95 crore sequentially and INR 35,947.11 crore year-on-year.
On a standalone basis, the company reported a profit of INR 1,193.27 crore for Q1 FY21 against a profit of INR 1,538.99 crore y-o-y and a loss of INR 436.83 crore q-o-q.
Tata Steel’s operating level has recovered to 90% by end-June, 2020 and has since then increased further to 95%, catering to both domestic and export customers. With the improvement in the domestic market, Tata Steel has been reducing its exports ratio. The price outlook in both the export and domestic market continues to improve on a month-on-month (m-o-m) basis and the current quarter demand has been much better than a typically slow monsoon quarter in the past.
The company said India’s average steel realizations were lower due to the COVID impact during the quarter and about INR 2,000 crores of costs were under-absorbed due to the lower volumes and have been charged to the profit and loss account. Despite the drop in margins, there was a reduction in net debt of INR 1,677 crore in India, including a reduction of INR 577 crore and INR 291 crore, respectively at Tata Steel BSL and Tata Steel Long Products.
Tata Steel Europe performance was affected with the overall weakness in economic activities in Europe and sharp drop in spreads. The company did receive short support from the UK and Netherlands governments, including cash flow deferrals of payables.
At a consolidated level, about INR 2,000 crore of costs were under-absorbed due to the lower volumes and have been charged to the profit and loss account for the quarter
To preserve cash flows and focus on disciplined capital allocation, the company has curtailed growth capex for this year and the focus is primarily on safety environment and sustenance capital expenditure.
Given the uncertain economic environment, Tata Steel has built up a liquidity buffer of INR 20,144 crore, including INR 14,178 crores of cash and cash equivalents. 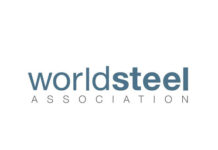 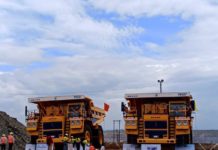