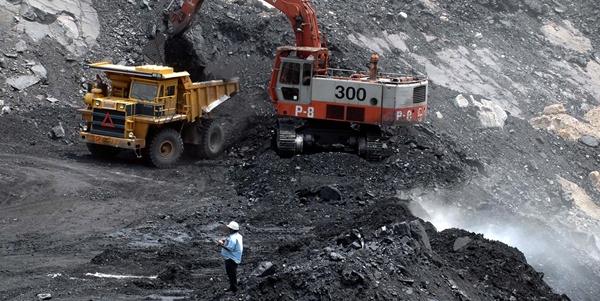 Initially, Coal India Limited (CIL) would supply coal through its subsidiaries to cater to the demand from Power, Steel, Cement & Fertilizer sector. But since the time, coal requirement has been increasing owing to rapid industrialization, the demand & supply gap for indigenous coal has widened manifold. It was felt that increasing demand can be addressed only by captive coal blocks allocation to various consumers. Hence, the idea of captive coal block allocation to major coal consumers was in order. However, coal production target could not be met owing to non accordance of forest clearance, for reason beyond control. In turn, it resulted in huge shortfall of coal supply, which directly hampered power generation & steel production.

Later on 18 Oct, 2007, New Coal Distribution Policy (NCDDP) was introduced. It emphasized on:

As per NCDP’s norm, 75% of the normative consumer’s coal requirement would be considered for coal supply through FSA at a notified price, the balance 25% through e-auction or import of coal. But presently, 50% of the normative requirement (equivalent to 37.5% of the actual requirement) is being supplied at notified price and balance is outsourced through e-auction or import. Earlier, coal supply against linkages those were granted under pre-NCDP norms, have delivered100%, while in some cases 60% coal from normative requirement.

Since there are several issues regarding disparity of coal supply through linkage, there is a need to review & implement NCDP.

1. Pre-NCDP linkage, plants were getting 65-75% of coal requirement. Post NCDP, plants are getting only 37.5% of their normative requirement. There are some units running without linkage for more than last 5 years.

2. As per pre-NCDP norms, 75% of normative quantity of coal is to be supplied for all Sponge iron plants. But in some cases only 60% is being supplied. Hence, it is to be enhanced to 75%.

3. As per post NCDP (LOA Route) norms, 75% of normative quantity was to be supplied. But in present, supplies are only at 50% and balance 50% i.e. imported coal, is not in supply, which is to be restored.

It is appreciated that Cabinet Committee on Economic Affairs has taken decision for coal supply to power plants of coal block allottees, where mining is delayed due to non accordance of forest clearance by MoEF.  Similar decision can be taken for steel sector. Our request is for allocation of linkage in line with the policy decision taken by Cabinet Committee on Economic Affair for power sector.