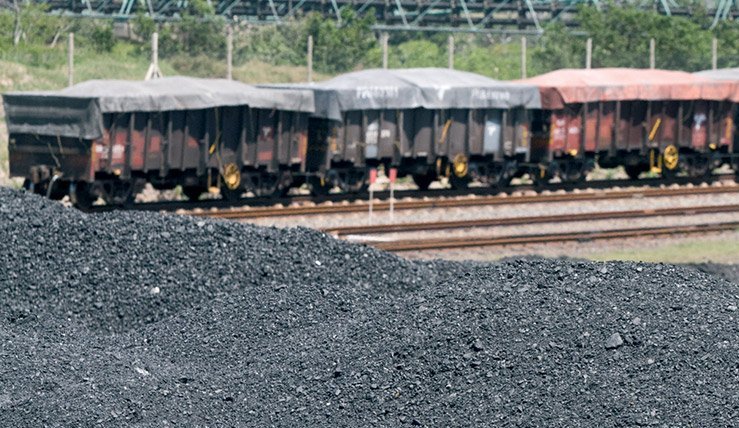 Coal India Limited (CIL) does not seem to be content by being the largest coal supplier in India, the state-run miner is actively looking to expand its footprints in foreign markets to transform itself into a global supplier. This would also benefit Indian buyers.

CIL is looking to acquire coking coal assets in South Africa. Its subsidiary Coal Videsh is on the lookout for acquiring coal mines that have reserves of coking coal in addition to non-coking coal. Recently, the CIL board approved a proposal for signing a MoU with the South African government owned African Exploration Mining and Finance Corporation (AEMFC) to collaborate in the areas of identification, acquisition, exploration, development and operation of coal mines. To accomplish the objective, formation of a joint-venture company involving CIL and AEMFC is also under consideration. Acquisition of coking coal assets has implications for India, which is deficit in coking coal reserves vis- à-vis the domestic demand. As a matter of fact, CIL’s coking coal production accounts for only 10% of its total output. During FY16, the Indian miner produced 484.93 mnt of non-coking coal and only 53.83 mnt of coking coal, which were up by 9.3% and 6.5% respectively over the corresponding production in the preceding fiscal. Coking coal is consumed predominantly by the steel industry. The Indian steel industry consumes 50-60 mnt of the coal variant annually. Quite apparently, the current coking coal consumption in India is catered to by imports. According to industry experts, the annual consumption of coking coal in India will rise to around 160 mnt by 2030.

In a recent development, CIL asked the Government of Mozambique to allocate alternate coal blocks in place of two exploratory blocks, covering 224 square kilometer, in the Tete Province, allotted in 2009. Following the allocation of coal blocks, CIL had established its wholly-owned subsidiary – Coal India Africana Limitada for exploring the allotted coal blocks. However, it was found that 170 square kilometer of the allotted 224 square kilometer was without any coal up to 500 meter depth. Therefore, that stretch of the block was eventually surrendered to the Mozambique government, retaining the remaining block of 54 square kilometer area, for which the government had issued a fresh mining license to CIL, valid up to 2019. The validity of the original mining license was up to 2014.

The acquisition of coal assets in Indonesia has again come under consideration for CIL, after a failed attempt about a decade back. The intended venture, if materializes, will be undertaken jointly by CIL’s subsidiary – Coal Videsh and a state- owned miner in Indonesia; and the deals will be government-to- government. CIL officials have been in touch with the government-owned coal companies in Indonesia for striking a joint partnership. The contemplated venture, if transpires, will enable Indian buyers to get Indonesian coal from CIL itself.

CIL is mulling over entering Bangladesh, but as a seller and not as a miner. Availability of surplus coal stocks over domestic demand seems to have prompted the Indian coal miner to look at overseas markets for disposing off the surplus stock. Bangladesh, on account of proximity and having growing coal demand, has become a spontaneous choice for CIL. Demand for coal has been gaining strong momentum in Bangladesh as the government is in the process of setting up a number of coal-based power plants to improve power supply in the country. As a sequel to growing industrialization and rising per capita consumption, demand for power in Bangladesh is estimated to increase to 33,708 MW in 2030 from 10,283 MW in 2015.

However, the domestic supply of coal will not be able to cater to the demand for fueling the new coal- based power plants. Imports will have to be depended upon. Estimates show that by 2030, demand for coal in the country will be at around 27.23 mnt, out of which 6.2 mnt could be met through domestic supply, and clearly the rest 21.03 mnt will have to be met through imports.