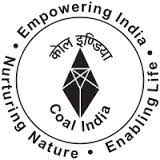 Coal India Limited (CIL) is one of the largest coal producing companies in the world. It is a state owned coal mining corporate i.e.; a public sector undertaking (PSU). It also owns a mining company in Mozambique named as Coal India Africana Limitada.

CIL had set a target of producing around 35 MnT of coal in the month of June, 2013, in order to fulfill the demand from power, steel and cement sector in the domestic market. However, it did not fulfill its target and has produced only 32.5 MnT of coal in the month. The company’s agreement for the month was for 37MnT against the target of 39.8 MnT CIL said a filing to BSE. The company has produced a total of 102.8MnT in April-June, 2013, whereas, its target was to produce 106.8 MnT.

The Coal Ministry has asked the CIL to produce a total of 482 MnT of coal for FY 14. As in FY 13, the firm had produced a total of 452.5 MnT, whereas; it had to produce 464 MnT of coal as its set target. The target was set when the company’s CMD Mr.S.Narsing Rao and Coal Secretary Mr. S.K.Srivastava signed a Memorandum of Understanding (MoU) with each other.

Recently Seeking to give a big push to sagging coal production and bring competition in the coal sector to ensure efficiency and transparency, Indian government has decided not to wait for the passage of the Coal Regulatory Bill in Parliament during the Monsoon session and instead go ahead with notifying setting up of the Coal Regulatory Authority (CRA) through an executive order.