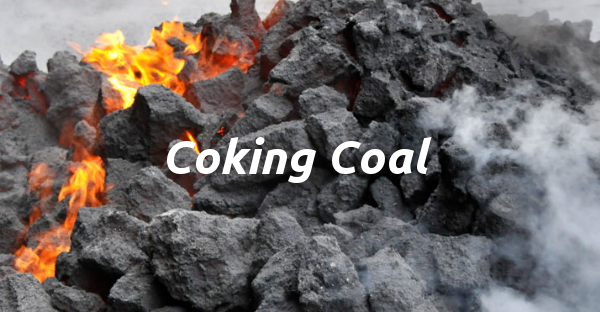 Q. Why there’s a shortage of coking coal in India?

Domestic coking coal shortage is entirely due to apathy and sub-optimal use of our own coking coal resources. This has resulted in gradual increase in imports by steel plants year after year. Last fiscal, steel mills imported over 33 MnT of coking coal and the Hon’ble Minister for Steel, Shri Narendra Tomar is reported to have said that coking coal imports were likely to increase by 3 MnT during 2014-15 because of new units coming on stream. Steel Minster’s statement was in the context of seeking waiver of custom duty of coking coal imports.

Q. Do you think it’s alarming for the Nation that we are completely dependent on imported coking coal for Steel making?

A. One doesn’t need a Nobel Laureate to support or disagree with the fact that the gradual trend towards total dependency on imported coking coal by our Iron & Steel industry, is not in tune with India achieving its medium term target of 200 MnT by 2020, and attaining second place in World Steel Production. Steel is an essential input for meeting the demand of infrastructure like housing, roadways, ports as well overall industrial growth. It is likewise known that around 60% of the new Steelmaking capacity would be through Blast Furnace route, which in turn would depend upon coking coal supply.

Q. India has an estimated 33 BnT of coking coal reserves, why are we still highly dependent on imports? Why aren’t we capitalizing on exploration & development of these reserves? Won’t they be economical?

A. Based on the data published by the Coal Controller, India’s coking coal import has increased from 13 MnT (INR 36.7 billion in value) in 2003-04 to 35.56 MnT (INR 37.84 billion) in 2012-13. During the same period, domestic coking coal production increased from 29.4 MnT to 51.56 MnT. Only the production of coking coal, which is categorized as Metallurgical Coal dropped from 18.27 MnT to 14.55 MnT and the supply of washed coking coal to Steel plants was only 6.55 MnT in 2012-13. The balance 37 MnT of coking coal is termed as ‘Low Volatile Medium Coking’ or ‘LVMC’ coal. This quality of coking coal is not being used by the Steel industry and it is being burnt in Power plant boilers. Its quality parameters do not conform to the requirement of end users.

However, after this LVMC coal is washed and ash content in the clean coal is reduced to 16% (+/-), it can be used in the blend for feeding the Coke Ovens of Steel mills. CMPDIL (A subsidiary of Coal India) and R&D Centre for Iron & Steel industry (both Ranchi based), jointly with the Central Institute of Mining & Fuel Research CIMFR (a Dhanbad based laboratory under CSIR), have carried out umpteen number of tests and trials based on which, these three entities are of a unanimous view that washed LVMC coal from Jharia Coalfield can be used in Steel mills, replacing a significant percentage of imported coking coal, thereby corresponding to saving on imports.

Q. As of now we produce about 55 MnT of coking coal each year, are there enough Coal Washeries that can beneficiate this quantity?

A. Currently, Coal India has some 11 coking coal Washeries with aggregate capacity of over 22 MnT per year. However, due to old age and various other reasons, most of these Washeries are not operating at desired capacity. These Washeries need to be renovated/upgraded on urgent basis, but Coal India does not seem to have such immediate plans. CIL also claims that the washing capacity for processing of coking coal would be ramped up to 41.22 MnT pa by revamping of existing Washeries and adding new washing capacity. If this really happens (which, is still a question), coking coal availability for Steel plants will definitely increase. Tata Steel also has its own coal Washeries, which they have been revamping regularly and making best use of all types of coking coal obtained from their captive mines.

Q. After beneficiation of domestic coal, what grade of imported coal is suitable for blending and what is the proportion of blending?

A. Preparing an optimal ‘coal blend’ for making coke suitable for charging into the Blast Furnace is a very specialized subject. Each Steel plant based on various technical as well as operational parameters makes its own blend using various coking coals procured from different domestic and imported sources. One thing is for sure that a significant quantity of washed LVMC coal can be utilized by most of our Steel plants thereby reducing imported component.