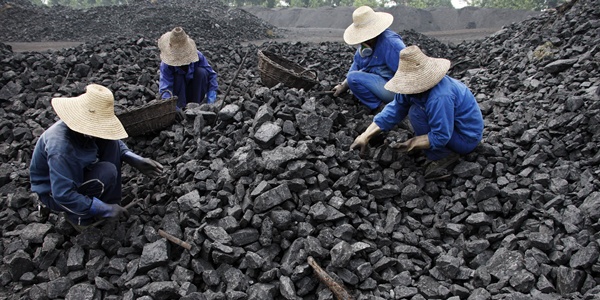 1. Good coking & caking properties such as fluidity, dilatation and Crucible Swelling Number (CSN)
2. Appropriate rank indicated by reflectance value
3. Properties important for commercial transaction as well as BF operation such as Total Moisture & Ash content
4. Those factors affect the properties of Hot Metal & Steel such as percent of Sulphur & Phosphorus

The modern coke making practice involves carbonization of a blend of metallurgical coals. Coking coal in blended form is carbonized in a Coke Oven Battery to produce metallurgical grade coke, which is suitable for the operation of BF. Each plant uses its own blend based on the available facilities. In some of the Japanese plants, coal blends consist of up to 20 types of different coal ranging in quality from the coals with very high coking properties to coals with almost zero coking properties. The blended coking coal should have desirable coking properties for producing coke of required properties for BF.

The following are major property parameters those determine the quality of Metallurgical Coal.

1. Total Moisture (TM): TM is to be limited to 10% maximum, in as received condition. High moisture creates handling problem and lowers available carbon.

2. Hardgrove Grindability Index (HGI): It provides a criterion of the ease of pulverization of coal. Ease of grinding is an important economic consideration. Grindability changes with coal rank, i.e. coals with very low and really high rank are harder to grind than middle-rank coking coals.

3. Ash: It is the inorganic residue left after the incineration of coal of constant weight under standard conditions. It is to be limited to 10% maximum in air dried condition. High ash content reduces BF productivity and increases coke rate in the furnace.

5. Sulphur: In metallurgical coal, sulphur is to be limited to 0.6% maximum in as dried condition. Higher sulphur increases the sulphur content in Hot Metal in BF.

6. Phosphorus: Phosphorus content of metallurgical coal is to be limited to 0.1% maximum in ‘as dried’ condition. Phosphorus goes to Hot Metal in BF creating difficulties in dephosphorization during steelmaking.

9. Maximum Fluidity: The value of maximum fluidity is a minimum of 600 ddpm (dial divisions per minute) in metallurgical coal. Higher fluidity gives better flow to coal in the coke oven.

10. Alkalis (Na2O, K2O): The alkalis in metallurgical coal are to be controlled at 2% maximum in coal ash. High alkali content is not suitable as it touches on the BF lining adversely.

11. Ash Fusion Temperature (AFT): To avoid melting of ash in coke ovens, AFT in metallurgical coal is to be higher than coking temperature. AFT value is to be 1,450OC minimum.

12. Gray King (GK) Coke type: The value of GK is to be G-5 minimum in metallurgical coal. For soft coking coal the limit of GK value is G min.

14. Vitrinite: The value of Vitrinite in metallurgical coal is a minimum of 50%. For soft coking coal, the limit is 45%.