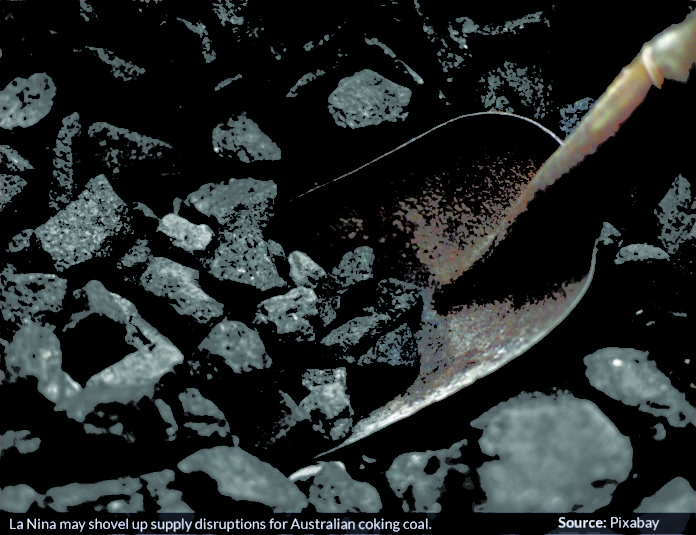 Australian coking prices have been continuing on a downward trajectory since the rapid viral outbreak during the late first quarter of the calendar. Tighter coal import restrictions in China – which accounts for a fourth of Australian coking coal exports – have been pressurising prices further.

In January, Australian coking coal prices remained mostly unchanged after the bullish run in the first half of the month, driven by strong buying interest ahead of the Lunar New Year holiday break in China. Premium HCC prices were assessed at around USD 153.00/tonne (MT) fob Australia at month-end.

In May, prices resumed their downtrend towards the latter part of this month after a two-week pause, on lower offers due to weak physical demand in Asian spot markets.

Prices recovered modestly in June on the back of sustained buying interest in China amid healthy steel sales and production levels despite concerns over import restrictions that led prices to inch up to around USD 116/MT fob Australia.

However, the rally did not sustain the next month and prices weakened in  July as stringent government policies deterred Chinese buying interest, while surplus inventories dented demand from Indian steel mill buyers.

As a result, prices decreased further in August from USD 110.50/MT levels amid limited transactions as Chinese buyers were still faced with stringent import restrictions while Indian demand was yet to recover. Prices swung back to around USD 108/tonne levels once more.

However, prices increased sharply in September to touch USD 139 per tonne levels as multiple spot bookings were concluded and higher bids emerged for premium-grade coals in China, only to crash in October as demand sentiment weakened amid growing panic over the impact of the probable coal import restrictions in China. Prices were back to around USD 109/tonne fob Australia.

Australian coking coal prices went into a free fall after China’s informal ban on Australian coal imports since mid-October, perhaps the single most important development for the fuel in the current year after the pandemic.

As per widespread rumours in the market after the Chinese National Day holidays over October 1-8, some domestic power plants and steel mills have been verbally notified to temporarily suspend imports of Australian coal, though no date has been mentioned regarding the termination of the initiative.

China’s verbal notice to halt imports of Australian coal distorted the wider seaborne spot market because China is the biggest buyer of spot cargoes of this material. However, some market participants are viewing this as a common practice by Chinese authorities to reduce coal consumption in energy consuming industrial sectors such as steel to reduce pollution and carbon emissions.

Behind the speculated restriction could be China’s efforts to reduce imports of coal, as the country’s energy consumption is largely fuelled by domestically-produced coal, and Beijing has been optimising its domestic supply by commissioning advanced and large-sized coal mine projects.

Besides, China has also been painstakingly reducing the proportion of fossil fuel in energy generations, with President Xi Jinping having promised carbon neutralisation in the country by 2060.

Nevertheless, as Chinese end-users were obliged to import coking coal from countries such as Canada and the US, non-Chinese buyers gained more bargaining power with China-bound Australian coal cargoes diverted elsewhere at steeply discounted prices.

In response to the import restrictions in China, more of Australian coking coal is targeted toward the three other major importing countries –  Japan, India and South Korea.

But there is no incremental demand to absorb the excess supply as there has not been any significant improvement in steel product sales across the major countries importing coking coal from Australia.

Steel production in Japan during April-September, the first half of the country’s current fiscal year, plunged by 26.8% year-on-year to 37.1 million tonnes (MnT), according to the latest data released by the Japan Iron & Steel Federation on October 22.

In addition, Japan’s production of crude steel in October-December is projected to fall by almost 11% to 21.1 MnT from a year earlier, because of the continued detrimental impact of Covid-19, according to the country’s ministry of economy, trade and industry (Meti).

India, at this moment, may also have limited capacity in absorbing the surplus as the country’s steel demand is predicted to face a sharp decline notwithstanding moderate recovery from automotive and white goods sectors, and government infrastructure projects.

Meanwhile, demand from key steel-using sectors in South Korea are expected to see a sharp decline due to falling export markets and a weak domestic economy.

Besides, it is doubtful as to whether ex-Chinese purchases of Australian coking coal can lend much support to spot prices thereof.

This is because a majority of the Asian buyers only procure small volumes of seaborne coking coal from the spot market while the largest steel manufacturers source coking coal through fixed-price long-term contracts.

Australian coking coal prices are therefore likely to be adversely affected in the short term, though demand has been picking up from key importers outside of China, ie. India, Japan and South Korea.

Nevertheless, the seaborne coking coal market outside Australia is expected to strengthen in the ongoing quarter amid continued recovery in global steel demand on full-fledged resumption in industrial and construction activities.

There is an increased risk of supply disruptions in Australia from La Nina wet weather conditions, which could reverse the negative price effects of an imminent oversupply situation looming in the Australian coking coal export market.

Met coke prices have been on an on upswing but will the bull-run last?

Asian spot prices for imported metallurgical coke have had a bull run throughout the past couple of months, with prices rising by nearly 20% so far since July 1.

The question now being asked by buyers and traders alike is whether this price rally will last till the next year or peter out.

The answer depends on the confluence of three major driving factors, all of which stemmed from China — the world’s largest steel producer and met coke consumer.

China, for years the world’s largest exporter of met coke, became a net importer this year for the first time in more than 20 years. The country’s coke imports have increased steadily since July this year, while exports for most months stayed lower than last year.

What caused the steady spurt in met coke import demand from China?

The strengthening yuan against the dollar has been attracting buyers in China to opt for higher imports of met coke.

Coke is becoming costlier in China, with production declining amid coking coal shortage. 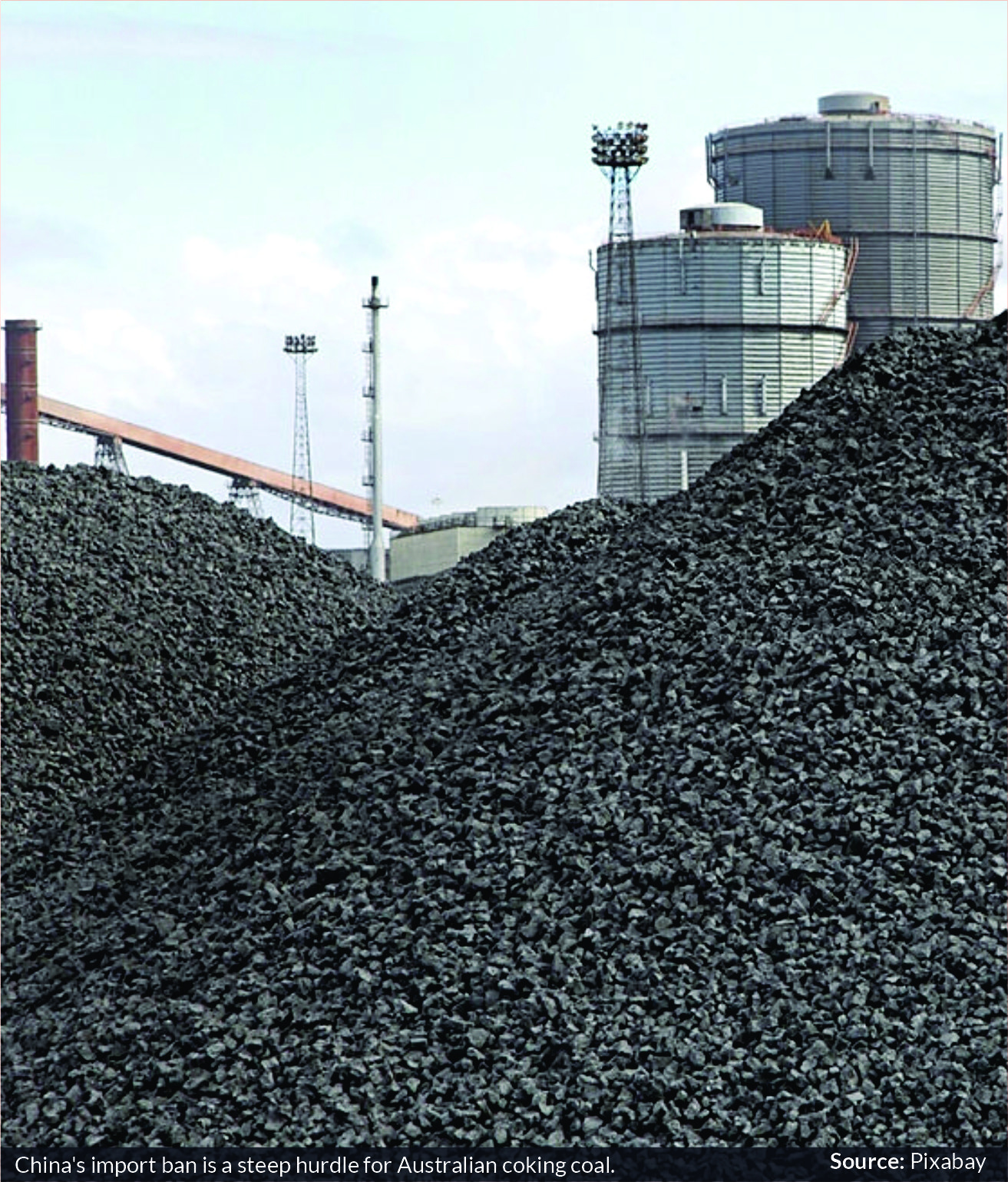 Besides, the gradual implementation of governmental de-capacity policies, to phase out outdated coking capacity in China’s Shanxi and Henan provinces, gave further impetus to the reduction in domestic met coke output.

Coke stocks at steel mills and ports have drastically fallen as a result, with a severe supply shortage expected to continue in the coming months.

Although it is difficult to substitute Australian premium hard coking coal, Chinese steelmakers have multiple alternative seaborne origins for sourcing met coke such as Poland, Japan, South Korea and Russia.

In all, there is expectation of persistent tight supply in the global seaborne met coke market, which would fuel bullish sentiments. It is also expected that more and more coking plants are set to call for price hikes in the short term.