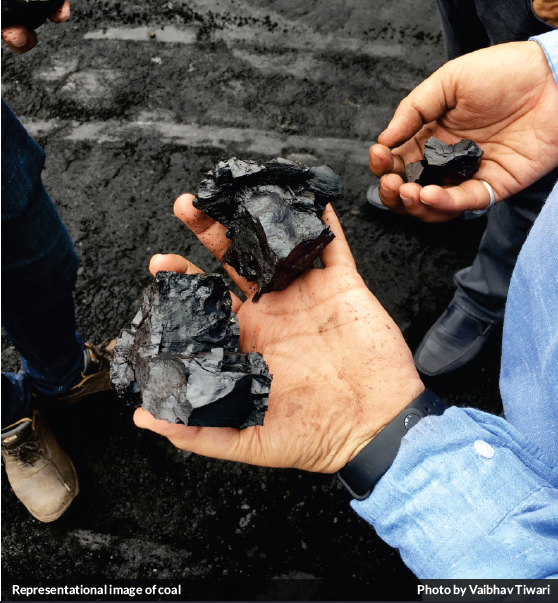 A report compiled by Fitch Solutions Macro Research predicts that India will overtake China as the largest importer of coking coal by 2025.
India’s coking coal consumption has been estimated to grow at an annual average rate of 5.4% between 2019 and 2028, “driven by an equally robust expansion in steel production in the country”, the report notes.
According to the report, India may overtake China as the largest importer of global coking coal by 2025, despite only importing half as much as China in 2017.
While China will remain dominant in terms of overall market share, India will become increasingly important in terms of seaborne demand, the report adds. 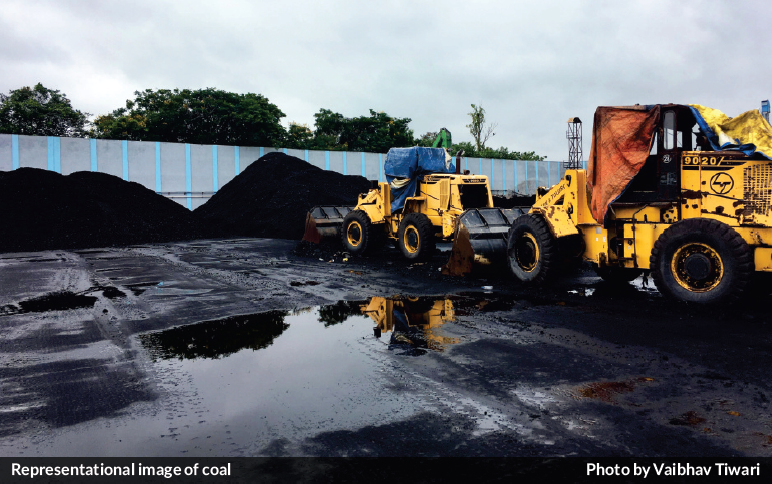 Coking Concerns
In a written reply to the Rajya Sabha recently Coal Minister Pralhad Joshi said that “the entire demand for coking coal is not met from domestic production as the supply of high quality coal/coking coal (low-ash coal) in the country is limited and thus no option is left but to resort to import of coking coal.”
The country has imported 51.84 million tonnes (MnT) of coking coal in financial year 2018-19 (FY9) – a rise of 10.3% during the fiscal – and government policy is geared towards “reduction in import of coal” which is a “priority area for the government”, the minister notes. 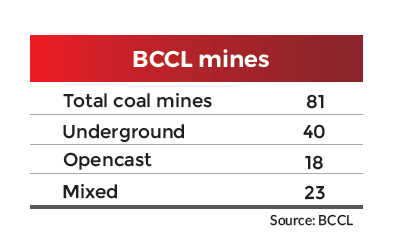 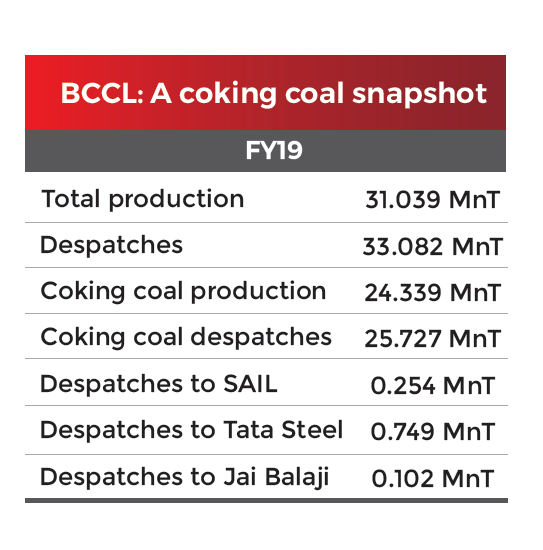 Data published by the Ministry of Coal (MoC) show that coking coal imports have climbed steadily since 2014-15, when these were at 43.72 MnT, to 47 MnT in 2017-18. Imports peaked to 54.84 MnT in 2018-19. The National Steel Policy forecasts coking coal demand to spiral to 161 MnT per annum by 2030-31. Demand for non-coking coal for pulverised coal injection (PCI) will touch 31 MnTPA and an additional 105 MnTPA of non-coking coal will be required for the direct reduced iron (DRI) route.
Only around 35% of the total requirement of 161 MnTPA of coking coal, which is about 56.35 MnTPA, can be reached domestically by 2030-31, when India is supposed to touch an overall crude steel production of 300 MnT. Joshi has cited this is a major challenge for coal and steel producers. Overall, coal and coke imports during the first half of the current fiscal rose by 13.9% to 119.42 MnT, compared to 104.81 MnT in the same period last year.

State-owned Coal India Ltd (CIL) has planned to increase coking coal output from 34.12 MnT at present to 52.95 MnT by 2019-20. CIL also plans to set up nine new coking coal washeries by 2020-21. “Supply of washed coking coal to the steel sector will be enhanced to 15 MT in 3-4 years from the present level of 1.6 MT,” Joshi recently assured.
Satyendra Nath Tiwari, who took over as Director (Marketing) of CIL since December 1, 2019, assured consumers during a pre-auctions conference held at Coal Bhawan in Kolkata recently that the steel sector remains the government’s and CIL’s top priority and 2 MnT of coking coal have been earmarked for the sector in tranche five of CIL’s ongoing linkage auctions. This is over and above the 2.5 MnT of coking coal being put to auctions for other coke users – especially hard and soft coke manufacturers and others from the non-regulated sector. Easing the supply concerns of the non-regulated sector, Tiwari says, forms a central plank of CIL’s policy revolving around the ongoing auctions.
The total volume of coal – both coking and non-coking – auctioned in the preceding four tranches of the linkage auctions was at 80.5 MnT and tranche V has another 15-20 MnT for the taking.

Lessening Import Dependence
With the objective of ramping up coking coal production, CIL is mulling a number of measures. The Central Mine Planning and Development Institute (CMPDI), the exploration arm of CIL and a category-I mini ratna company, is playing a key role in reclassifying coking reserves in the country, both coal with ash content less than 18% – which is the prime steel grade, and other washery grades with ash content between 18%-35% and even higher.
CMPDI undertakes various jobs for Coal India subsidiaries, including preparation of mine planning and project development plans. It prepares tender documents, conducts technical assistance in evaluation of offers, approves design drawings and offers periodic supervision during execution.
CIL Chairman A.K. Jha had said in August during an industry interface that the coal behemoth was actively considering acquiring coking coal mines in Australia, Canada and the Russian Far East. The mining major is in talks with Russian coal company VostokCoal-Diskon to participate in the extraction of coking coal and imports of the same from mines in the Siberian districts of Russia. VostokCoal-Diskon is developing coal extraction facilities at the Taimyr coal basin of the Taymyr Peninsula in central Siberia. It has been exploring the area since 2016 and has recently opened two deposits that would touch peak capacity of 30 MnT a year.
The government is in dialogue with Russia for importing coking coal and to participate in its production. A senior CIL executive says, “As part of this broader dialogue, and as a coal manufacturer, we are in talks with VostokCoal and would either import or participate in coal production as directed by the government.”
However, the coal minister, in his address at a mining conference in Kolkata in November, said the government would now prioritise entering into advance agreements for coking coal imports, instead of directly buying coal mines overseas. 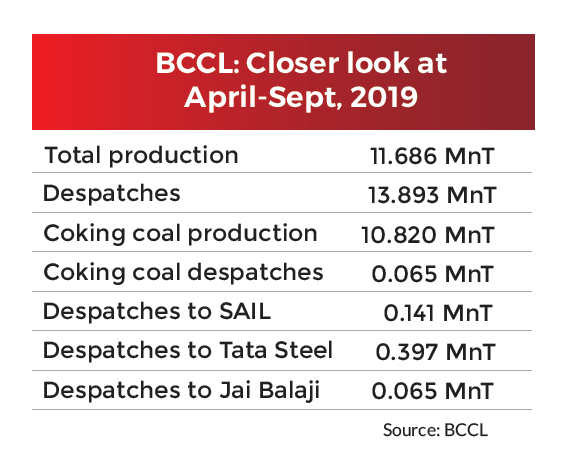 Good Times Ahead?
According to Tiwari, availability of coal is on the rise and the December-March quarter will be a “good time” for consumers, with current production levels touching 1.9 MnT per day.
CIL’s linkage auctions follow the principle of “non-discriminatory ascending block auctions” which, first of all, seek to address the needs of starving power plants and other users.
The auctions, conducted on the MSTC platform, are for linkages that expire in five years, with the parameter being that the normative requirements of users will be met on a priority basis.
March 31, 2020 is the cut-off date for the tranche 5 auctions. In sync with the coal ministry’s guideline of treating all sectors on an equal footing, the Irrevocable Revolving Letter of Credit (IRLC) has been issued for all sectors, instead of just the power sector.