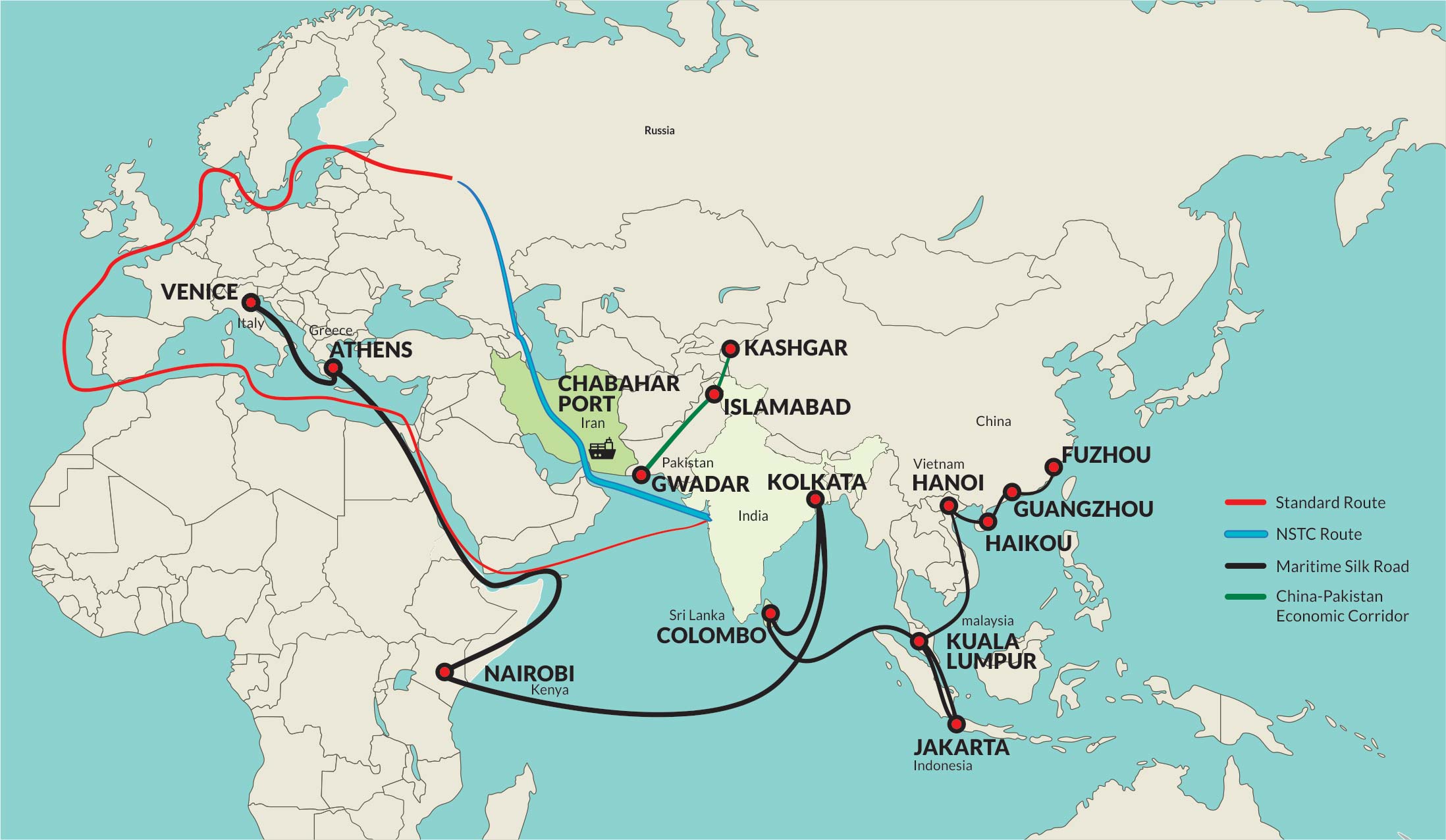 PM Modi’s visit to Iran in May this year has been the most significant one. The implications of development of Iran’s Chabahar Port by India are deep and establish India’s keen intent to strengthen socio-economic and geo-political relationship with the central Asian countries.

The port of Chabahar is located in southeastern Iran in the Gulf of Oman. It is the only Iranian port with direct access to the ocean.

The UN’s lifting of sanctions on Iran in January quelled the anxious wait since the partial building of the port by India in the 1990s and both the countries soon began negotiations over development of the Chabahar Port, which bears promise of an immense trade opportunity for both India and Iran. An initial pact to build the Chabahar Port was first inked during the Atal Bihari Vajpayee government in 2003, but the deal did not make any progress during subsequent years. In May last year, India in a bilateral agreement with Iran agreed to develop Chabahar Port spending USD 85 million. In May 2016, Prime Minister Narendra Modi’s meeting with President Rouhani created ripples from India to Iran, when India signed a USD 500 million trilateral transit agreement with Iran and Afghanistan, which will allow Indian goods to reach Afghanistan via Iran. It links ports in the western coast of India to the Chabahar Port and covers the road and rail links between Chabahar and the Afghan border.

India has also offered to supply USD 400 million worth of steel towards the construction of a rail link between Chahbahar and Zahedan. Indian commitments to Iranian infrastructure totals approximately USD 635 million as per the twelve memoranda of understanding signed in May 2016. India’s IRCON and Iran’s Construction, Development of Transport and Infrastructure Company signed a memorandum of understanding on the construction and finance of the Chabahar to Zahedan rail line at a cost of USD 1.6 billion. Were Iran to accept India’s offer of assistance in the finance and construction of this rail line, then Indian investment in Iranian infrastructure would total to a whopping USD 2.235 billion.

Chabahar Port will allow India to reach Afghanistan via a sea-land route, bypassing Pakistan, which hasn’t relented to let Indian cargos pass even after numerous negotiations, choosing instead to remain ignorant about the fact that such permission would also benefit Islamabad. As per the Afghanistan-Pakistan Transit Trade Agreement, Afghan goods can be transited across Pakistan for export to India as well, though Indian goods cannot be exported to Afghanistan via Pakistan. From Chabahar, the existing Iranian road network can link up to Zaranj in Afghanistan, about 883 kms from the port. The Zaranj-Delaram road constructed by India in 2009 can give access to Afghanistan’s Garland Highway, setting up road access to 4 major cities in Afghanistan — Herat, Kandahar, Kabul and Mazar-e-Sharif

The signing of the deal marks the beginning of a significant trade shift between the Persian Gulf countries and central Asia. Via the Chabahar Port, New Delhi will gain direct access to Afghanistan and Central Asia— Kazakhstan, Kyrgyzstan, Uzbekistan, Turkmenistan and Tajikistan. At present, India features as a non partner when it comes to trade with these countries despite huge potential. India’s trade with these countries is limited to only about a trifling 1% due to inaccessibility. Rich in natural resources, these countries can fulfill requirement of India’s fast growing economy for commodities such as oil and natural gas.

India’s plan with Chabahar is being looked upon as contemporary to China led development of Pakistan’s Gwadar Port which was developed as a trade and security hub, barely 72 km away from Chabahar Port. Even as China’s project, China-Pakistan Economic Corridor (CPEC) is much bigger in magnitude and money, the underlying ambitions of both are the same, being that of solidifying seaborne trade with Central Asia and Europe, as well as gaining a foothold in the Arabian waters.

India aims at enhancing trade relations with West and Central Asia, and Europe via the International North South Transport Corridor (INSTC). The INSTC is the ship, rail, and road route for moving freight between India, Russia, Iran, Europe and Central Asia. The route primarily involves moving freight from India, Iran, Azerbaijan and Russia via ship, rail and road. The objective of the corridor is to increase trade connectivity between major cities such as Mumbai, Moscow, Tehran, Baku, Bandar Abbas, Astrakhan, Bandar Anzali, etc.

The China Pakistan Economic Corridor (CPEC) is a collection of projects currently under construction at a cost of USD 46 billion, which is intended to rapidly expand and upgrade Pakistani infrastructure, as well as deepen and broaden economic links between Pakistan and China. The corridor is considered to be an extension of China’s ambitious proposed 21st century Silk Road initiative.