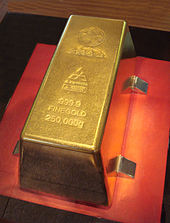 All my predictions seem to be going wrong. The worst of them all is with regard to gold. I had betted on gold since the time it sold at Rs 13,000 for 10 gms., and got my clients and readers to do the same. What do I say to them now : That I was fooling along ? That I was a fake ?

But have I really gone wrong ? In the panic and the profusion of the comments by the “experts”, I did believe I really went wrong. But, as the gold “cools” down I feel like a fool. Not for putting my faith in gold, but for losing it so fast.

Where I did go wrong is in forgetting that like anything else that is traded on sentiment, and valued accordingly, gold too swings to the cycles of euphoria and despair. Or, should I say, borrowing from my friend who wanted to do his doctorate on “The impact of predictions on the predicted events”, that gold is not an exception to this strange phenomenon.

My thinking along these lines only got reinforced when I stumbled upon the story of how Goldman Sachs has been actually playing with the prices of gold. As early as in December 2012, the Goldman analysts blew the bugle : gold has already peaked out; and the yellow metal prices declined by 5% in the first two months of the year.

After Goldman released its latest report, gold saw the biggest single-day percentage drop in in gold prices in nearly six months. After all it was Goldman Sachs speaking !