Realising the need for a fresh policy narrative on mineral blocks auctions and scaling up investments in exploration, the Union mines ministry has released the draft ‘National Mineral Policy- 2018’. The policy rollout follows a judgment by the Supreme Court on August 2 last year in a case related to rampant illegal mining in Odisha filed by the NGO Common Cause. The top court had directed the Union government to have a fresh look at the almost decade-old National Mineral Policy-2008 especially on the areas of conservation and development.

The draft policy starts with making the regulatory environment in mining sector conducive to the minerals sector. It says the procedures for grant of mineral concessions would be transparent with assured security of tenure. Also, it recognises the importance of transfer of mineral concessions as central to mineral sector development. And, to ensure enforcement of mining plans, the Indian Bureau of Mines (IBM) and the state directorates of mining & geology would be beefed up with adequate manpower, equipment and skill sets.

Auctions of Mineral Blocks: Status and Speeding it Up

One encouraging point for auctions in the policy is that grant of clearances for commencement of mining operations would be streamlined with simpler and time-bound procedures facilitated through an online public portal with provision for generating triggers at higher level in the event of delay. For a successful bidder of a mine block, the provision is set to work in favour.

To expedite clearances for the auctioned blocks, the mines ministry has constituted the Post Auction Mining Clearances & Approvals Facilitator (PAMCAF). The body has been formed to monitor online clearances and approvals of successful bidders till the blocks reach operationalization stage and mining begins. An online portal and mobile app Transparency, Auction Monitoring & Resource Augmentation (TAMRA) has been launched to monitor the various clearances/approvals and to further ‘Ease of Doing Business’.

In total, 88 mineral blocks have been notified by nine states for auctions and 33 blocks have been successfully auctioned (as on January 1, 2018). The valuation of the auctioned assets is estimated at INR 1.69 lakh crore. Revenue worth Rs 1.28 lakh crore is projected to accrue to state governments organising auctions. Out of this additional revenue to states because of auctions is seen at INR 99,000 crore. Auction preparedness by states shows 72 more mineral blocks would go under the hammer during January-March period of this year- the blocks are a mix of 33 limestone, 12 iron ore, 11 bauxite, five copper, three graphite, three manganese, two emerald, two gold, and one each of limestone and dolomite blocks. That is apart as 51 more blocks are lined up for auctions in the next financial year.

The draft policy admits that a large number of merchant mining leases are going to expire in 2020 and captive mines are lapsing in 2030. It says efforts would be made to ensure uninterrupted supply of minerals and ore to the downstream industry. Here, the Union ministry needs to walk the talk and engage states in preparing auction plans for the lapsing mines. Most states are slack in drawing up Action Plans for the lapsing mines. Despite repeated reminders from the ministry, the progress is unsatisfactory.

Only Andhra Pradesh has submitted the Action Plan to the ministry. This is despite an earlier letter by the Union mines secretary, exhorting states to start auctions of such mineral leases by July 1, 2019 to allow the prospective miners ample time to make the mines functional. Data collated by the Union mines ministry shows 288 leases of iron ore, chromite, limestone, manganese, bauxite, graphite, limestone, garnet and kyanite are due to lapse by March 31, 2020.

Goa has the most number of mines (160) headed for expiry. Next to Goa are Karnataka and Odisha with 45 and 30 mining leases respectively. Of the 288 mines, 59 are in a working state and the balance is non-working leases. Of the 160 mines in Goa, 159 are iron ore leases and one is a manganese mine. Lapsing of merchant mines alone by 2020 is set to cut 80 million tonne in iron ore capacity each year. Unless the situation is seriously reviewed, it can have huge repercussions on steel and other consuming industries.

The new draft National Mineral Policy has thrown some incentives to attract private investments in mineral exploration to catch up with other resource-rich nations. Whilst the government agencies tasked with survey and exploration will continue to perform their roles, the private sector would be encouraged to take up mineral exploration.

In areas where private sector investments are not forthcoming due to high uncertainties, the government agencies will expend funds. The policy seeks to incentivise private sector exploration through an adequate financial package or through Right of First Refusal or any other appropriate incentive as per international practice.

But, the provisions on the surface seem vague. The policy does not assure seamless transfer of mineral concessions and unless this is done, no big, overseas player would foray into India’s mining exploration. Moreover, the policy strives to offer incentives in line with international practices but exploration work in India is still heavily funded by taxpayers’ money.

This is not the case in other nations with huge mineral wealth like Canada, USA, Brazil, Australia, South Africa and Chile. In those nations, the big exploration companies like Rio Tinto, BHP Billiton and Vale make exploration spends out of their own internal accruals. To supplement the exploration efforts are the junior exploration companies who raise funds from external sources including exchanges and venture capital to finance their projects.

The junior companies are willing to take the risks associated with exploration which is an unpredictable and highly risky venture. In these countries, the local governments allow the junior exploration companies to sell their data which allows them to defray the costs and losses incurred in exploration.

India is one of the least explored countries in the world with an exploration spend of USD15-20 million annually. This pales into insignificance with other resource-rich nations like Canada and Australia which invest above USD900 million every year on exploration.

Despatch of minerals is facing significant constraints in transportation bottleneck. Due to transportation bottlenecks, especially lack of sufficient railway rakes, movement of key ingredients like iron ore and coal is impaired. To overcome the limitations, dedicated mineral corridors are planned. Such corridors would complement the local transportation networks. The policy focuses on development and installation of innovative, eco-friendly and efficient modes of evacuation like slurry pipelines. It also envisages promoting the use of coastal waterways and inland shipping.

Engineering Exporters to Get Steel at Export Prices 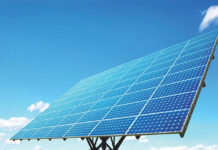