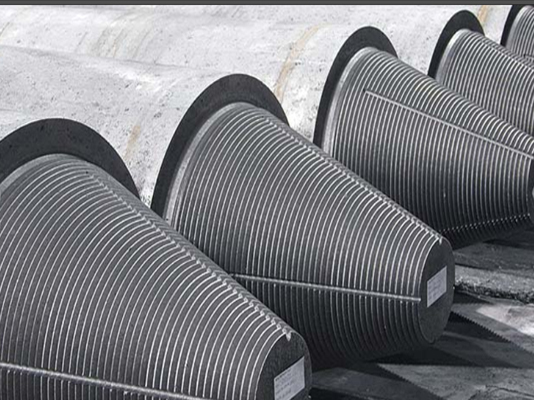 What Got the Crisis Brewing?

The Chinese government early last year decided to cull down on some of the highly polluting Industries emanating from serious environmental concerns. It is reported that somewhere in the region of 125-140 MnT of steel capacities, primarily Induction Arc Furnaces, Mini Blast Furnaces and some very old blast furnaces had been shut down. Further, temporary closures of about 35-40 MnT were also announced at the beginning of winter months in Nov’17. These closures led to a sudden and significant drop of export of finished steel from China to the rest of the world. Traditionally, China was exporting around 150 MnT per year, which fell to about 75 MnT in 2017. In addition to this, China’s export of semi-finished steel also dropped from a level of 30- 35 MT in 2016 to below 10 MnT in 2017. All this, helped the other countries of the world to increase their own production of steel which led to a sudden increase in the demand of Electrodes outside of China.

In addition to a shortage in Electrodes themselves, a primary raw material – Needle Coke was also in hot demand and continues to be pursued by a fast growing Lithium Ion battery industry.

All this led to a demand-supply imbalance with Graphite Electrode prices soaring and global buyers scrambling to secure adequate supplies.

The real supply squeeze of Graphite Electrode exports from China is likely to kickstart in 2018 and haunt the steelmakers around the world.

We forecast that Chinese Graphite Electrode consumption will rise rapidly on the growing importance of scrap in the country, and a push by the govt. to curb pollution has led to many companies to switch to EAF route of steel making.

China is rapidly increasing its Electric Arc Furnace capacities.About 56 new EAF furnaces are coming up by the end of the current year, with an aggregate capacity of 60-70 MnT, which is likely to come on stream within the next few months. Thus, Chinese production through EAF route is expected to rise from 5.2% (CY 2016) to about ~13% in 2018.

It is worthwhile to note that while the rest of the world produces approximately 45% of the total steel through Electric Arc Furnace route. China till recently has been producing just about 7-8%. So as far as China is concerned, they are just about starting to catch up with the rest of the world in this environmental -friendly way of producing steel. China has announced its intentions to produce about 20% of its steel through Electric Arc Furnace by 2020 which is 3x more than what it used to be only one year ago – which means that their Graphite Electrode requirements could go up by as much as 3x over the next three to four years. Additionally, due to the same environmental concerns around 250,000-300,000 tonnes per annum of Electrode capacity in China have also been shutdown since the beginning of last year which led to the shortage.

Chinese Scrap consumption will increase with closing down of sub-standard steel capacities after realizing the hazardous effects of CO2 emissions caused through the use of induction furnace. China is shifting towards the greater use of electric arc furnace for steel production.

Official figures indicate that, China consumed around 90 million tonnes of steel scrap last year. According to industry estimates, this figure will rise to 150 million tonnes by 2020-as China pursues a 30% scrap ratio by 2025.

For Steel-making via the EAF route, there is no substitute for Graphite Electrodes. Global manufacturers, who have high dependence on Electrode imports from China, need to prepare themselves for further supply tightness of Graphite Electrodes as China rapidly increases its EAF capacity and implements reforms aimed at culling polluting capacities.

In 2017, China remains the biggest producer and consumer of Graphite Electrodes, followed by the European Union and Japan. Whereas, the major countries that imported graphite electrodes are the United States of America, Russia, Iran and Turkey. Globally just over 25% of steel is made in electric arc furnaces. However, this trend is fast changing, and EAF route of production is gaining more and more popularity due to the inherent environmental friendliness over the Blast Furnace method. In the United States 67% of steel is created using the EAF method, and in some other major markets like Iran it is over 85%.

Needle coke is the major raw material used in the manufacture of ultra-high power (UHP) graphite electrodes, and accounts for approximately 60% of the total raw material cost. Needle coke production is limited to a few suppliers, the biggest being U.S. oil major ConocoPhillips followed by Japan’s C-Chem Co Ltd. The needle coke industry is oligopolistic, with the top 5 major players accounting for over 80% of the world’s capacity. Most refineries don’t produce needle coke because it takes longer to make than more traditional forms of petroleum coke, analysts say.

Apart from graphite electrodes, needle coke is increasingly being used to make lithium-ion batteries, used in phones and electric cars, further tightening availability for the steel sector. And any increase in Needle Coke production could be easily offset by the rising demand from Lithium Ion battery makers.

Graphite Electrode manufacturers do not yet have firm contract for Needle Coke in hand, and do not know whether Needle Coke contracts will be on a quarterly basis or a six-monthly basis but know it is not going to be annual.

GrafTech is the only exception in this industry who are in a privileged position because they have an equivalent capacity of Needle Coke under their own belt. They have 150,000 tonnes Needle Coke plant in US which is exactly matching with the requirement for producing Graphite Electrode, which is currently around the same level.

The process of manufacturing Electrodes is pretty long, the quickest or the easiest Graphite Electrode takes anywhere between six to seven weeks to be produced and the longest one takes as much as four to five months to produce.

According to industry sources, new prices of Needle Coke will come into force from April’18 onwards. In 2017, the difference between the first half and the second half of the year was an increase of about 100% and what is likely to happen in the next six months, starting from April onwards – it would be somewhere in the region of 100% to 150% above the current prices.

For example, if we take 100 as the base price for Needle Coke contracts in Apr-Sep (last year), which climbsup to 200 till March this year, and then we are talking of something like 400-450 in the next six months.

The impact of the higher Needle Coke prices will start showing in three to four months after the old contracted price material has been exhausted and will be factored in to the cost of Graphite Electrode, which is likely to be passed on to the final consumers.

After consolidation of many graphite electrode facilities around the world, the steel industry leaned heavily on China, particularly for smaller diameter sizes. Now this supply chain has broken down because the Chinese cracked down on production for environmental reasons, and buyers are scrambling to buy from supplier from other countries. Moreover, going forward China’s self-consumption of graphite electrodes is also going to rise substantially, leaving very little quantity for exports. There is an urgent need for new capacities of Graphite Electrode to come up to ramp up the electrode supply, if not mills will likely have to cut production.

Ramping up electrode production is not an instant process, so just because they are needed now does not mean they can be delivered promptly. Electrodes have a lead time of several months before they are ready for shipment.

It takes over 2 years for any Greenfield Graphite Electrode capacity to come up, and only one such plant has come up in the last 40 years.

Graphite Electrode prices have multiplied manifold during the course of the last year, whereby prices in the international markets crossed USD 30,000/MT from around USD 2,000/MT.

EAF steel producers have been compelled to raise the cost of steel owing to high raw material costs which has put them under pricing pressure to remain competitive against steel manufactured from other routes.

Availability of Graphite Electrodes is the prime concern for EAF steelmakers worldwide. Graphite electrode suppliers now prefer to trade more in the spot market and at maximum ready to commit to quarterly or monthly contracts against annual contracts to hedge against the disadvantages of long-term contracts in the event of upward price movement and the persistent supply squeeze of Needle Coke.

The global demand and supply gap for Graphite Electrodes is set to widen substantially in the coming days as the consumption will increase amid supply tightness.

And without any new capacity additions for electrodes in the near future, the demand and supply gap will in fact widen further to exert further upward momentum to the electrode prices.

The cost difference between steel production through blast furnace and electric arc furnace is likely to bring down scrap prices, as global scrap buyers will negotiate for lower prices to mitigate the high electrode cost.

Steel mills are likely to prefer to roll billet over melting scrap, worried about the supply concerns of Graphite electrodes.As availability of Graphite Electrode gets tighter amid uncertain supply situation, steel mills would likely import billet over buying scarp. As a result Scrap prices will be under pressure and billet prices will be going up.

Demand for graphite electrodes and needle coke is likely to increase in the future; for instance, new capacity in China is likely to be EAF based due to environmental restrictions and use of battery technology will become more prevalent.

Graphite electrodes represent only a small share of input costs for steel producers. However, they are an essential input material with no available substitute; hence the story going forward will be one of whether EAF producers can manage to source sufficient electrodes to allow EAF production to continue unaffected rather than a story of steep prices for Graphite Electrode producers. The growing EAF capacity in China will be a key determining factor of Graphite Electrode prices this year.

Graphite Electrode is the Party Far From Over?

Will China Add to its Graphite Electrode Capacities in 2018 to Meet the Increasing Demand?

Chinese Graphite Electrode Export to Dry up in 2018 ?