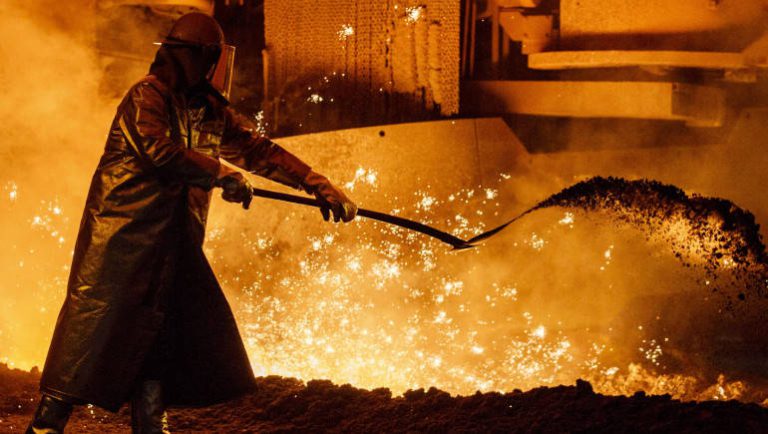 Taking center stage this October is the mysterious case of lesser known steel making raw material graphite electrodes, which has been covered in depth for the latest edition of Steel-360 magazine. The immensely vital raw material has disturbed cost dynamics for steel manufacturers significantly in the past 6 months as prices soared by multiple folds. The October edition also takes a look at the long stalled deal between Tata Steel and Stemcor to acquire INR 9 billion worth BRPL pellet plant. The surprising decline in target by India’s largest Iron Ore producer NMDC by 33 per cent has also finds a place in the October edition. Moreover, the edition sheds light on several issues that have created ripples across the Iron and Steel industry during the last month. For October edition’s Intervista we speak to coal industry veteran and president of the Coal Preparation Society of India RK Sachdev.

The October issued also sheds light on the export prospects of the pellet production industry in India, which is presently reaping strong benefits of resent rise in global demand. Even though demand for Pellets in India have remained fairly flat, the global demand for superior quality pellets has risen sharply and has brought the pellet producers much needed respite. According to Steel-360 analysis the pellet exports may even rise to as much as 8 mnt in 2017.

The steel innovation sector of the Magazine which covers the latest innovations in the Iron and steel industry focuses on the Finex process of steel manufacturing which is a cutting edge production process that was developed by Primetals Technologies and POSCO. The state of the art technology can prove to be a phenomenal change from tradition steel making as it kills dependence on coking coal and can produce steel with the help of iron fines directly instead of pellets or lumps. Author of Turn Around India R P Gupta highlights impact of the newly introduced Goods and Services Tax on the Small and Micro Enterprises as the new tax regime makes business tougher for the section.

Steel-360 intricately covers every happening of the Iron and Steel industry to give trade participants a panoramic view of the industry both nationally as well as internationally. The magazine covers everything from current trends to major events and provides readers the opportunity to gauge the market with precision. With detailed sections such as market stocker and statistics, Steel-360 serves as a one stop destination for market updates, news articles, analytics and much more.