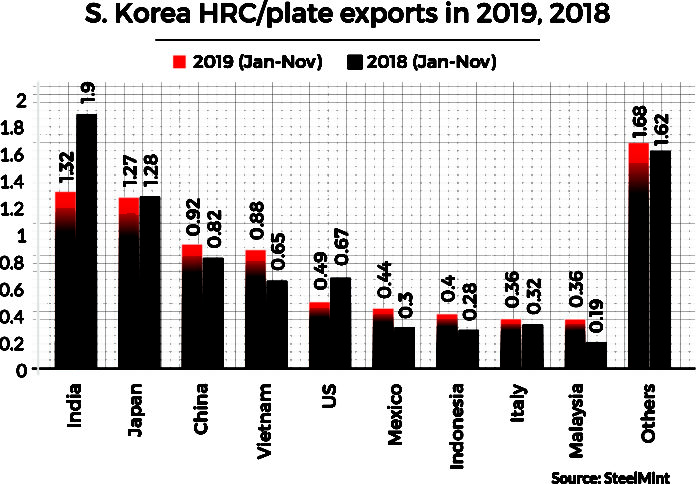 India is set to overtake Japan this year as the largest importer of South Korean hot rolled coils (HRC) on active imports from POSCO (India) and stable demand for API grade HR coils.

Experts attribute this increasing trend in imports to active imports made by POSCO India for its processing centre located in Maharashtra. According to SteelMint’s data, POSCO India imports accounted for over 40% (~580,000 MT) of total imports from South Korea during the January-November, 2019 period. 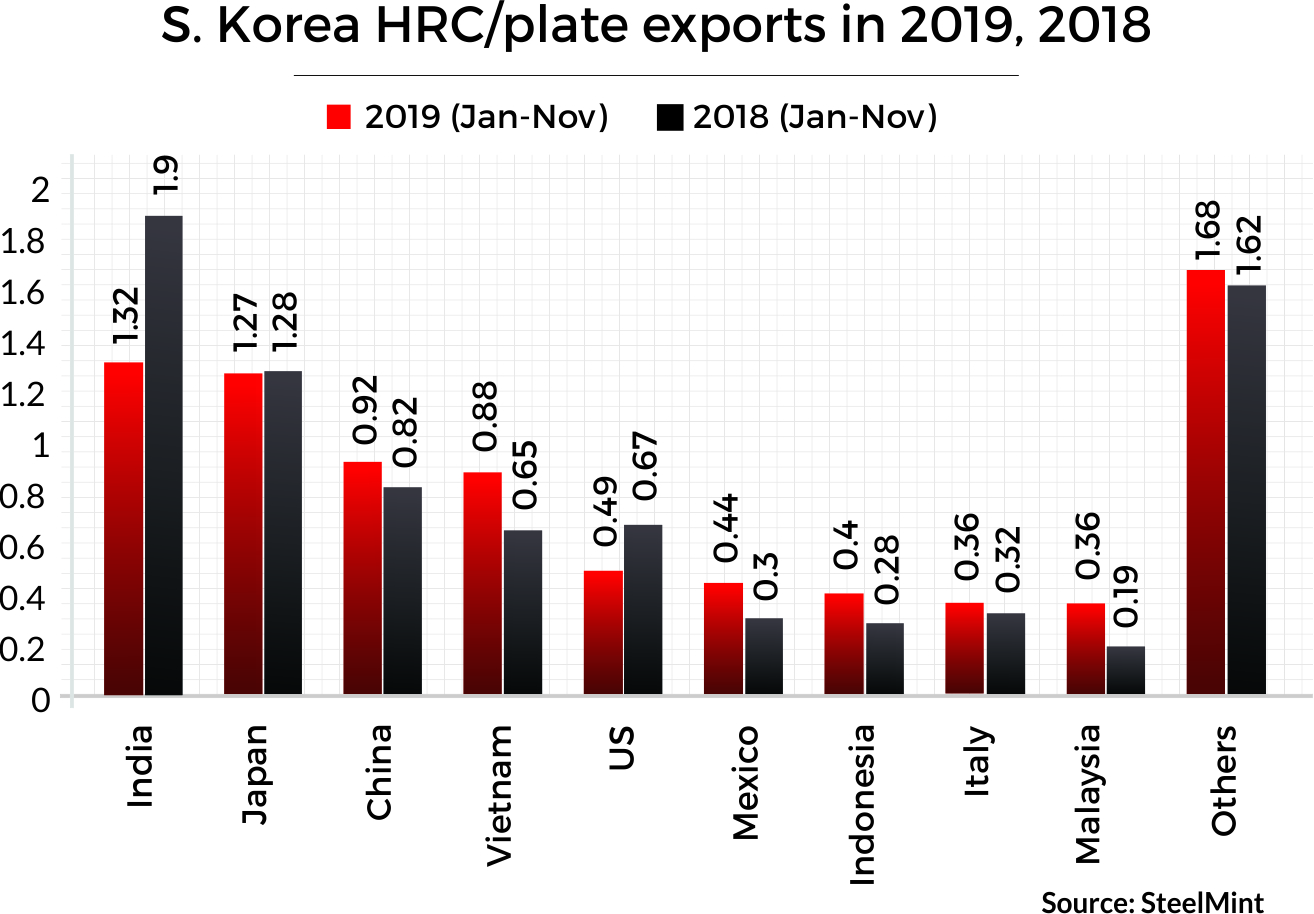 ­Another factor supporting imports from South Korea is the Indian government’s ambitious project of creating a gas grid (~3,300-km long pipeline) connecting the northern region to the eastern part of India under the Pradhan Mantri Ganga Urja Yojna. Several tenders had been issued and awarded in the year 2019 by state-owned units.

It may be noted that HRC imports from South Korea do not attract an import duty under the free trade agreement (FTA) signed between the two countries.

India’s total HRC imports during the first 11 months of 2019 (January-November) were recorded at 8.13 MnT.