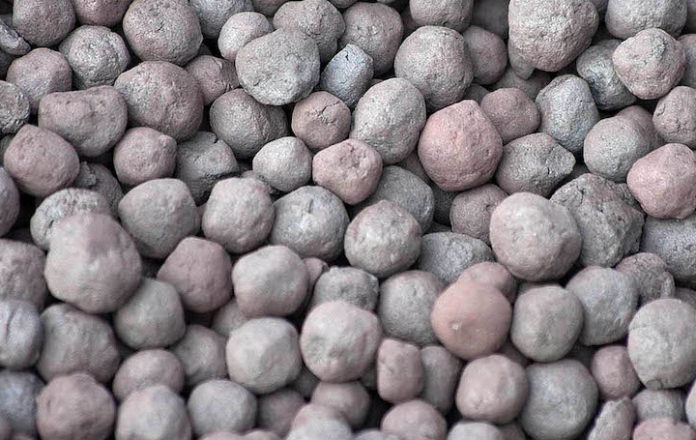 International iron ore prices, after scaling a five-year high, have started moving southward, unnerving Indian exporters. From the peak level of $126 per tonne, iron ore has fallen to $114 (as on July 11), as per industry data. Exports of the low grade ore, for which there is no market in India, will inevitably decline in such a scenario.

The bursting of a major tailing dam at Vale’s Corrego de Feijao mine in Brazil on January 25 this year precipitated the supply turmoil that iron ore has been experiencing in the global markets, setting the tone for a rally in prices. Vale is the world’s largest iron ore miner and China, the biggest steel producer, boasted of the highest intake from the former. The buyer-supplier equation was sufficient to skyrocket iron ore prices to a five-year high of $126 per tonne for 62 Fe grade fines. Iron ore prices in seaborne trade were also buoyed by a tropical cyclone that pounded Australia, affecting operations at some of its key mines.

After the mishap at its tailings dam, Vale was more cautious and announced the decommissioning of its vulnerable tailing dam elsewhere. A local court in Brazil also ordered the shutdown of one of the important mines owned by Vale after the tailing dam disaster. In total, 70 million tonnes (MnT) of supplies from Vale’s mines were knocked off from global markets after the ill-fated disaster. Experts believe it will take no less than three years to restore Vale’s peak production capacity.

The international iron ore crisis proved to be a blessing in disguise for the Indian merchant ore producers. In the last financial year of 2018-19, exports were diving and imports had threatened to exceed them. Higher grade iron ore exports were unviable because of the steep 58% duty. But even the baser grade material (58% Fe), which attracted nil duty, also suffered since their demand had fizzled out in the global seaborne trade. China’s steel makers had shown a proclivity for sourcing higher grade and better quality iron ore since their government had unleashed a crackdown on the polluting industries in its quest to meet the emission norms.

Pursuant to China’s changed priorities, iron ore pellet exports from India gained traction whereas low grade fines piled up at mine heads, since there was no demand for the same either in the domestic or export markets.

However, the supply turmoil emanating from the crisis in Brazil and later in Australia induced a somersault in China’s iron ore sourcing. To offset the loss, particularly from Brazil and replenish their dwindling stocks, China’s steel mills renewed their demand for lower grade fines. Their decision was also goaded by pollution regulations from their government that proved to be laxer than expected. The less stringent environmental norms meant that the steel mills in China could hope to shore up their bottomline by purchasing lower grade ore instead of the pricier pellets. It was a win-win situation for both China’s steel plants and India’s merchant ore miners. The export orders of India’s miners began to swell. The merchant miners were also eager to liquidate their inventory that had accumulated as the validity of their mines ceases by March 31, 2020.

Odisha, the largest iron ore producer, and Jharkhand, between them, had around 8% of the total iron ore stockpile in the country, estimated to be approximately 150 MnT at the end of March, 2019.

Data sourced from the Ministry of Commerce & Industry shows the country’s iron ore exports at 16.19 MnT, trumping imports of 12.8 MnT. The revival in export demand also lays to rest the fears that India might turn into a net importer of iron ore in the last fiscal.

The uptrend in exports was also visible in the cargo throughput at major ports. Iron ore shipments rose 15.33% year-on-year during April-June in this fiscal. This was a marked recovery from 2018-19 when iron ore cargo tanked 16%, affecting volume growth of many ports dependent on the commodity. 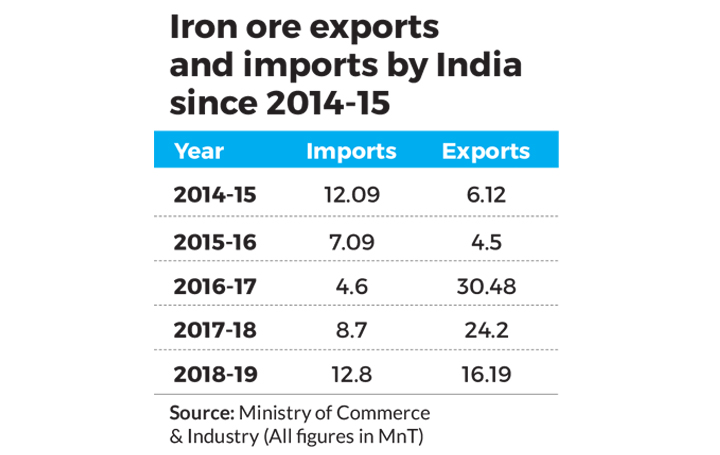 The stock of NMDC, a central public sector enterprise and the country’s largest iron ore producer, has been a leading gainer from robust international prices. Over the last month, the stock has beaten the Bombay Stock Exchange (BSE) metal index. NMDC’s prospects have brightened after the firming up of global iron ore prices.

However, after touching a five-year high, international iron ore prices have started descending. From the peak level of $126 per tonne, iron ore has fallen to $114 (as on July 11), as per industry data. The immediate cause of the price depreciation is China launching a probe into the abnormal rally in prices. The escalating prices have crimped the profits of leading Chinese steel companies. The news of the investigation by China has led to iron ore prices in that country declining by 4% and affecting the stocks of the world’s largest miners – Rio Tinto and BHP Billiton. Shares of Rio Tinto fell by 3% whilst London Stock Exchange-listed BHP Billiton’s share traded 2.3% down (as on July 11). Prices had moved north since global iron ore production slowed by 17% in January-March of 2019 to 273 MnT when compared with the year-ago period. 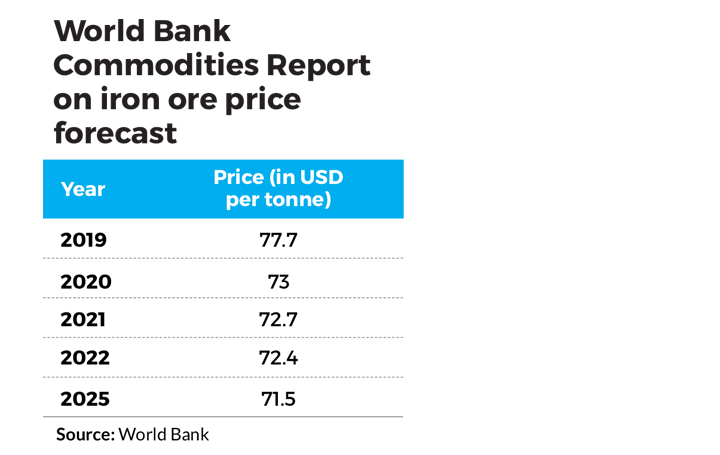 Iron ore prices have soared 67% in 2019 and the commodity has been one of the best performing assets year to date. Being the key steel-making ingredient, iron ore prices can potentially influence the prices of an array of assets from plush cars to towering skyscrapers. As per data collated by the World Steel Association (WSA), the global steel industry uses roughly 2 billion tonnes (BT) of iron ore along with metallurgical coal and recycled steel to produce 1.7 billion tonnes (BT) of crude steel each year.

Given its strategic importance in steel making, a bearish forecast on iron ore has unnerved the merchant iron ore producers.

“The downtrend in iron ore prices does not mean good tidings for the Indian producers. We were enthused by exports gaining steam but if the bearish forecast rings true, they will only decline. This will hurt exports of low grade fines for which there is no domestic demand,” said a leading standalone iron ore producer.

Global consulting and business intelligence firm CRU Group feels iron ore prices in 2019, after the spike, are “very very high” since 2014. According to the Group’s senior analyst Erik Hedborg, prices are disconnected from the fundamentals and signs of improving global supply and softening steel consumption will lead to a pullback in iron ore prices.

With the exception of Rio Tinto, the supply scenario looks stable for iron ore. Exports from Australia are expected to be strong in June as some miners are ramping up output. Exports from Australia’s Port Hedland, a main maritime gateway, has already scaled a record high in May 2019. In Brazil, Vale has resumed mining from Brucutu, one of its operations where mining was suspended following the tailing dam collapse.

Besides CRU, other forecasters also predict a mellowing of iron ore prices in July-December, 2019, running into 2020. In its latest global market outlook, Australia’s Department of Industry, Innovation & Science foresees that free-on-board iron ore prices would average $80.10 per tonne and dip to $61.40 in 2020. As per Morgan Stanley’s forecast, iron ore prices would gradually drop to $90 a tonne in the October-December period of calendar 2019.