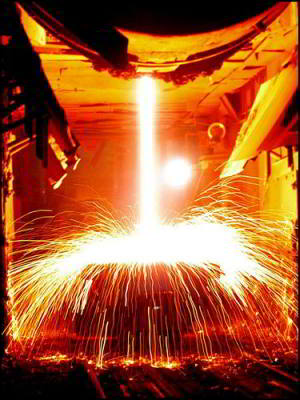 Revival Round the Corner ?

By 2014 the global steel industry may start to emerge from the deep downturn that began in 2008, say some of those in the know; but many do not agree. The prediction is based on the simple demand supply projections; so it is natural that there should be disagreement about it.

2008 caught half of the global steel industry on the wrong foot; I say half, because China accounts for the other half. The years before 2008 were years of massive capacity build up across the world. So when the economic downturn arrived, the industry was in structural oversupply. That was the bind the steel industry has struggled to get out of, for last four years.

What has made the situation worse is the fact that China has managed to keep the iron ore prices high by its predatory purchases across the globe. Iron ore prices became particularly volatile after the move away from benchmark pricing to spot and short-term contract pricing in 2010; and this has made it difficult for steelmakers to chart out any survival plans leave alone revival.

But finally the China jinx may be nearing its end. Last September iron ore prices plunged to USD 87/t, but recovered to around USD 137/t later, a level they are not expected to sustain. McKinsey & Co partner DiedrikTas in a presentation at the Mining Indaba in February said that September’s price dip was caused by supply and demand imbalances in China, which last year absorbed 744 million tonnes of the world’s 1.2 billion tonnes of seaborne iron ore supply.

Investment bank Morgan Stanley is forecasting that seaborne iron ore supply will rise 9.1% this year but demand is likely to rise by only 8.55%, as Australian producers export more and China’s demand slows. This could result in a surplus next year, which will widen until at least 2018. If that cools the ore prices sufficiently, the fire in the steel furnaces may get kindled once more.