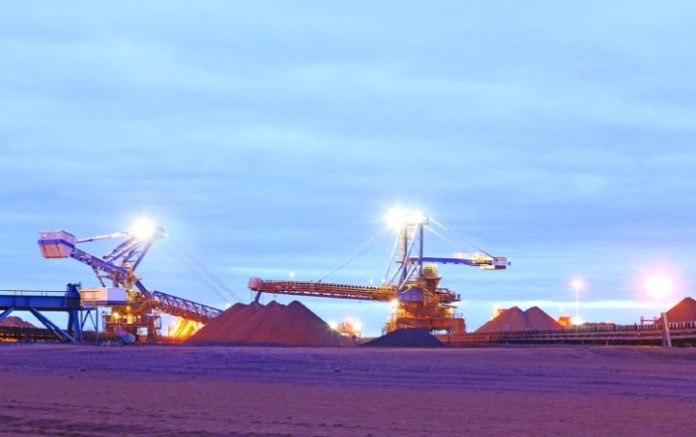 With the dates of 2020 auction edging closer, Indian iron & steel industry is drawing up plans to make up for iron ore supply disruption. India’s largest iron ore producing state – Odisha has lined up auction for 20 iron ore & manganese ore mines and Karnataka has put 6 iron ore mines by March 2020. Let us analyse what would be the shortfall and how would it be compensated.

Quantum of Iron ore being put for auction

According to SteelMint analysis, government of Odisha and Karnataka have put together 26 operational mines for auction. These mines produce around 55 MnT iron ore annually, against an EC limit of around 80-85 MnT. There are few merchant mines coming for auction in Jharkhand but they are relatively small (total production would be less than 2 MnT). It is fair to assume that about 55-60 MnT of iron ore will be put for auction across India.

What are possible additional supplies coming in 2020? 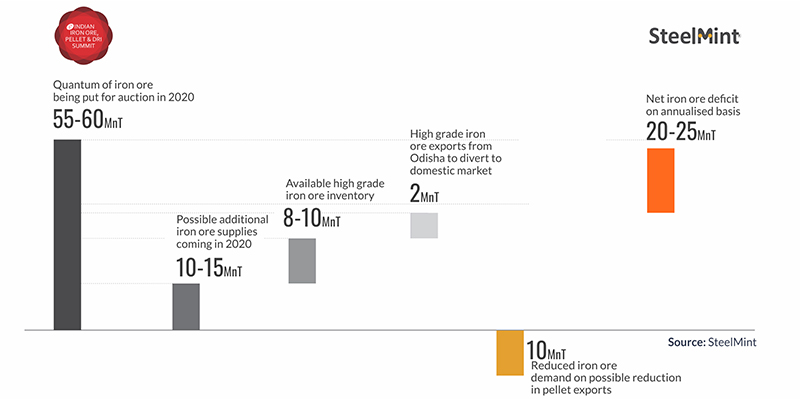 • NMDC’s production limit increased by 3 MnT: Indian Bureau of Mines (IBM), Ministry of Mines, approved the mining plan of NMDC to enhance the production of iron ore from Kumaraswamy (Karnataka) iron ore mines from present level of 7 MnT pa to 10 MnT pa for the years 2020-21 and 2021-22.

• JSW to add some supplies in 2020: JSW Steel has started iron ore operations at its four ‘C’ category mines out of six mines it won earlier in Karnataka. The other two mines are expected to come into operation soon which would add up further to country’s iron ore supply.

• Export volumes will divert to domestic market: We expect higher realisations in domestic market will result in lowering of    iron ore export volumes from India. As per the study of SteelMint, around 20-25 MnT net iron ore deficit on annualized basis  still needs to be addressed.

Why is mines auction a concern for Indian steel industry?

The key factor that is expected to play an important role is the transition phase from existing lessess to the new ones. This will depend on the outcome of ongoing discussions between state and central govt. regarding EC, FC and other clearance issues. Expediting the auctions and the subsequent approval processes for mining operations to be undertaken by new leases will be critical to avoid any long term supply shortages.

To learn about the latest advancements in the mines auction 2020, be a part of SteelMint Events’ 4th Indian Iron ore, Pellet and DRI Summit which is scheduled on 2-3 March 2020, in Hotel LaLiT, New Delhi.