India’s low grade iron ore accumulated at mine heads has found new found acceptance in the export markets. The inferior grade ore shunned by domestic steel mills is increasingly finding traction in seaborne trade. The tailwinds are favourable- a profound crisis emanating from shutdown of a string of mines owned by Vale after a major dam burst, has swung the trade equations in favour of the lower grade iron ore fines. The fall out of the Brazilian ore crisis is manifested in China’s bizarre buying spree of the lower grade iron ore.

Of late, China’s steel mills have shown greater appetite to absorb India’s low grade material otherwise stacked up at the mines, failing to buy willing buyers. This is a contrasting picture of the increasingly quality conscious steel makers who opted only for higher grade iron ore- even the richer grade pellets to feed their blast furnaces. Not that China’s steel mills were instinctively oriented to source higher grade iron ore. It was the regulatory tightening which goaded them. The China government had unleashed a string of measures to contain pollution from manufacturing industries- primarily steel and aluminium. Resultantly, the industries jumped the bandwagon. Later, the steel industries realised the environment mitigation steps were not as harsh as anticipated, and, hence, harked back to their traditional buying habits. They are now accelerating buying of lower grade iron ore to maximise profitability on top of lean manufacturing.

After hitting a 10-month low in February 2019, iron ore imports by China have bounced back, rising to 86.42 mt in March, their latest customs data showed. Imports escalated as steel mills replenished stocks before winter output curbs ended in April. During January-March 2019, China imported 261.9 mt of iron ore, down by 3.5 per cent over the year ago period. Iron ore futures at China’s Dalian commodity exchange closed 0.7 per cent higher at USD97.30 per tonne, marking a gain of 3.7 % for the week ended on 12th April . China’s steel makers have demonstrated a firm appetite for iron ore, especially the inferior grade (to shore up margins). The steel makers in the Middle Kingdom have been spooked by supply turmoil precipitated by the shutdown of a string of mines owned by Vale, the world’s largest iron ore miner and China’s biggest supplier. A major dam breach on January 25 this year at Vale’s Corrego do Feijao mines in Brazil squeezed supplies, escalating iron ore prices to multi-year highs. A few days later, Vale announced the decommissioning of all its upstream tailing dams over the next three years, shunting out 40 million tonnes in supplies. Moreover, a court in Brazil, as a measure of safety, ordered the suspension of Vale’s operations at Brucutu mines, creating a deficit of 30 million tonnes.

Dalian iron ore has risen about 49 percent this year, driven mainly by worries over supply as shipments to China by top suppliers in Brazil and Australia decline. The global iron ore market is facing a shortfall of around 34 million tonnes this year, according to Westpac Banking Corp. Adding to concerns about the shortfall, a tropical cyclone in late March hit the operations of major iron ore producers in Australia, prompting them to lower their 2019 shipment estimates. Indian iron ore producers are unsure of how long the trend would last but have articulated positive regarding its impact on exports of low grade shipments from the country. “The demand trigger for lower grade material might be a temporary phenomenon but it will help liquidate the enormous inventory in Odisha and Jharkhand for which there are no takers even in the domestic market. To overcome the iron ore deficit, China has of late shown a tendency to buy even the lower grade material from India. This augurs well for the piled up iron ore fines especially in the states of Odisha and Jharkhand. China was the largest buyer of Vale’s iron ore and the supply crisis at the latter’s mines has sparked a huge deficit. It is not known how long the buying spree for lower grade fines will continue”, said a standalone miner.

There is no duty levied on exports of iron ore with iron content less than 58% . The higher grade ore exports are taxed at 30 per cent. Recently, state-owned trading giant MMTC Ltd had floated tenders for exports of lower grade iron ore to be shipped through the ports of Paradip, Gopalpur, Haldia and Visakhapatnam. Revival in exports of lower grade iron ore fines is expected to ease the inventory at mine pit heads which are posing a serious ecological hazard. The phenomenon would also spur exports which are on a weak wicket since shipping higher grade iron ore was economically unviable because of the steep export tax of 30 per cent. Iron ore stock at mines heads has been climbing owing to fragile demand. By the end of FY18, the iron ore stockpile made up primarily by lower grade had soared to over 150 million tonnes. Around 80 per cent of the inventory was contributed by Odisha and Jharkhand.

Pure magnetite contains 72.4 percent iron, hematite 69.9 percent, limonite 59.8 percent, and siderite 48.2 percent, but, since these minerals never occur alone, the metal content of real ores is lower. Deposits with less than 30 percent iron are commercially unattractive, and, although some ores contain as much as 66 percent iron, there are many in the 50–60 percent range. An ore’s quality is also influenced by its other constituents, which are collectively known as gangue. Silica (SiO2) and phosphorus-bearing compounds (usually reported as P2O5) are especially important because they affect the composition of the metal and pose extra problems in steelmaking.

Iron ore miners in Karnataka are in a tight spot. Despite the shifting favourable dynamics in international trade, miners there are constrained to export since they are riddled with Supreme Court enforced curbs. Steel mills are not lifting low grade fines and the mining industry has now petitioned the apex court to allow them to export. As on March 2019, Karnataka had an unsold inventory of close to 5 mt at the e-auctions. This spurred the miners to approach the Supreme Court to reverse its April 2013 order, pronouncing a ban on exports. The alluring prices in seaborne trade coupled with the zero export duty have turned low grade iron ore exports into a viable business. Karnataka’s producers don’t want to miss the bus. Two of the private sector mining companies- Vedanta and Mineral Enterprises Limited (MEL) that operates iron ore mines in Chitradurga district are seeking approval to export iron ore. Both have filed separate petitions. “We want to export iron ore fines produced in our mines in Chitradurga which are of low-grade (54 fe) and there is no demand for such ore in the country. Even when we offered at a low base price of INR 450 per tonne in e-auction, which is far lower than the imported material, the steel mills have not bid for them for many months. Export of such material will also help us in recovering costs and earn valuable foreign exchange for the country as well”, feels Basant Poddar, Managing Director, MEL. 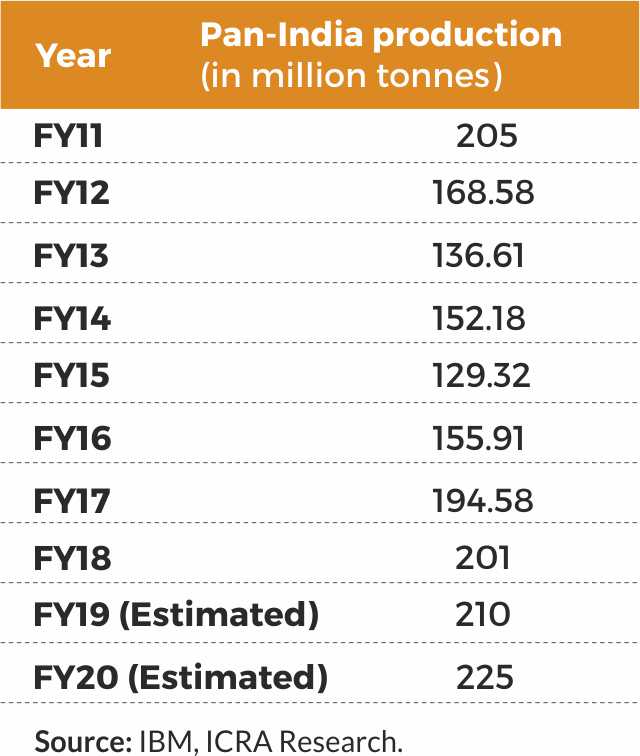 MEL is grappling with mounting iron ore stocks despite export markets ready to absorb them. Over the last 10 months, 0.36 mt of iron ore has piled up on the lease premises with no domestic market to buy it. Earlier, in November 2018, Karnataka’s chief minister HD Kumaraswamy had shot off a letter to the Prime Minister, flagging the woe of piling iron ore inventory. “The unsold stock may lead to closure of mine operations. The state is losing on account of loss of royalty of 15 per cent of sale value, DMF (30 per cent of royalty) and 10 per cent contribution to a SPV (special purpose vehicle). The local people who are directly or indirectly dependent on mining are losing their livelihoods. Karnataka state has already lost more than Rs 600 crore during the last financial year and the current year because of import of iron ore”, he ruled in the letter. 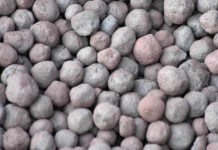 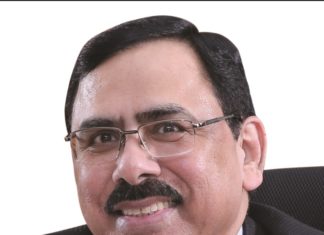