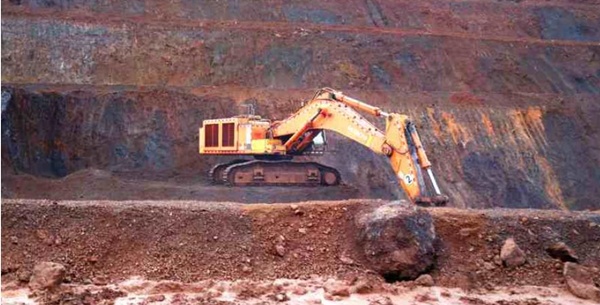 On June 2nd, just few days after Narendra Modi took oath as the Prime Minister of India, Odisha Chief Minister Naveen Pattnaik, along with his MPs flew to New Delhi to reiterate his demands – raising mineral royalty to at least 15% and impose mineral resource rent tax on windfall profits made by the miners. So, when the union cabinet cleared the proposal to hike royalty on 20th August, anyone would expect Mr Pattnaik to be excited. Only the reality is different.

Odisha gets a major chunk of its non-tax revenue from the mining sector and Iron ore contributes about 60% of the mining revenue. In the FY14, total mining revenue was INR 55.19 billion less than a previous year’s collection of INR 53.14 billion. Of this, 37 major minerals contributed INR 51.52 billion and of this royalty revenue collected from Iron ore was INR 33.2 billion. On the other hand, royalty revenue collection from Chrome ore & Bauxite was INR 2.91 billion and INR 0.95 billion respectively.

However, in the current financial year, Odisha expects a major drop in its mining revenue owing to closure of many Iron ore mines, following the Supreme Court order in the month of May. Although, 8 Iron ore & Manganese mines belonging to companies like Tata, SAIL & OMC were later permitted to operate through anexpress order by the Odisha government. Remaining 18 standalone Iron ore mines are still waiting for government clearance to start operation. Apart from these, several other Iron ore mines including Sarada mines is shut due to various reasons.

According to information provided by the Odisha government, the state’s mining revenue fell by 22.33 percent to INR 10.35 billion in the first quarter of the current financial year. In the remaining months of the year, the government does not have big expectations from the mining sector. The state steel & mines department has estimated that in the August-March period, the mining revenue collection might limit to INR 10 billion.

Though, Odisha is not going to get the expected benefit it desired from the latest royalty hike, the future is full of hopes. When normalcy will restore in the state’s mining sector, Odisha could be the major beneficiary of the royalty rate hike. As per an estimate, Odisha would get an additional INR 20 billion from the mining sector, which would take its total mining revenue to more than INR 80 billion.

But, till then we have to wait for the Supreme Court order based on the CEC report somewhere in the month of September. The verdict would decide the immediate future of the mining sector in Odisha.