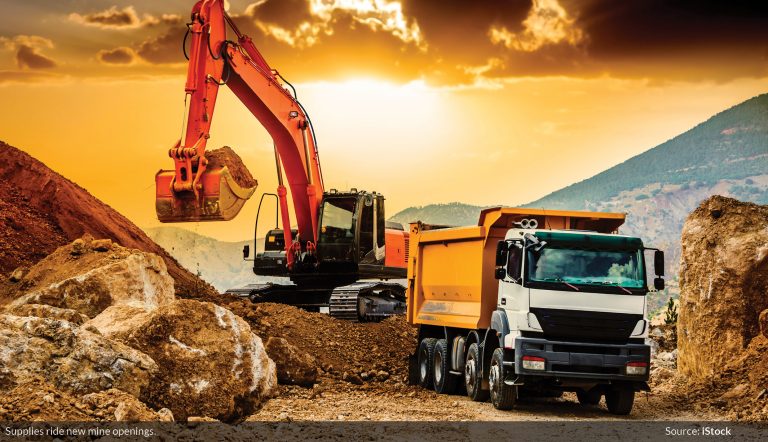 As expected, global iron ore prices have rebounded after China’s New Year holidays ending February 18, 2021, with short-term demand outlook staying firm. Infrastructure and manufacturing momentum is likely to continue through the first half (H1) of calendar year (CY) 2021 offsetting the downward spiral in the property markets and the awaited onset of the spring construction season in China after the Lantern Festival also happens to be supporting prices.

The most actively traded iron ore futures contract on the Dalian Commodity Exchange, for May delivery, posted the fourth straight weekly gain recently. It jumped 1.9% to USD178.27 per tonne on February 26. Spot prices of iron ore (benchmark Fe62%) for delivery to China rose by USD1 to USD174.5 a tonne on February 25, according to SteelHome consultancy. Higher grade Brazilian fines are trading at a 10-year-high high of over USD200 per tonne.
Rio Tinto’s new CEO Jakob Stausholm has recently said that sustained demand for iron ore in 2021 will benefit the miner as global supply constraints persist, especially from Brazil. The mining major produced 333.4 MnT of iron ore products in 2020 compared to 326.7 MnT in 2019. Persistent supply concerns, along with hope of bounce back in demand after the CNY holidays and rise in futures prices are likely to keep spot prices elevated.
In a temporary jolt, sentiments weakened after Tangshan announced winter production curbs to control pollution. Market participants are mixed in their expectations toward preferential demand for March or April-pricing cargoes. Some believe that speculative demand may shift towards April-pricing cargoes on account of the current pollution controls, while others say that weakening levels for March-pricing cargoes would attract both end-users and traders looking to resell at the portside markets.
High coke prices, resulting from an unofficial ban on Australian-origin coal, are likely to keep interest in high- and medium-grade ore supported for the time being, despite the costs involved. For the same reason, demand for high-grade pellets (Fe65% and above), too, is likely to stay strong. Recent resurgence of interest in high-grade Indian pellets is a pointer to this trend. Central Indian steel producer Godawari Power & Ispat, for one, has booked high-grade pellets to China in a recent export deal. 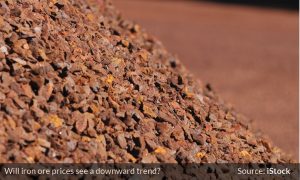 While high prices could result in a counter-pull by boosting interest in low-grade ore, long-term emphasis on reducing steel-making emissions may bolster demand for high- and medium-grade ore as well as pellets. The entire spectrum of emerging preferences for different grades will increasingly become clearer as China’s climate targets and emphasis on low-emissions steel-making as well as efforts to increase semi-finished and scrap imports while reducing crude steel production, as part of the 14th Five-Year Plan, take shape in the days to come.

The “worst”, as far as supply constraints and high domestic iron ore prices are concerned seems to be over with recovering supplies from India’s largest ore producing state Odisha. On an uplifting note, two more auctioned iron ore mines in Odisha – Guali and Jilling-Langalota – have started mining operations, according to the  latest news available with SteelMint. The mines had been awarded to state PSU miner OMC after steel major JSPL and Shyam Ores failed to commence operations due to disputes and other constraints after receiving vesting orders.
Union Mines Minister Pralhad Joshi inaugurated the two mines that are expected to augment iron ore production in Odisha, with a combined capacity of about 12 MnT. The mines have been allotted to OMC under the new mining reforms for a period of 10 years and are required to pay a premium of 1.5 times of royalty (equivalent to 22.5%). It is believed that OMC will reserve around 70% of the minerals extracted for fulfilling long-term contracts and could put the rest for sale at auctions.
Steel360 has reported that the government’s recent reforms measures encapsulate royalty for iron ore miners at 15% of the IBM’s average sales price (ASP) and the Central government has proposed an additional 22.5% to be paid to the concerned state governments, as in the case of the renewal for 20 years of NMDC’s contentious Donimalai iron ore mine in Karnataka.
The “additional amount”, which is 1.5 times of the royalty, will be applicable in case of NMDC’s iron ore mines in Chhattisgarh too. Therefore, the non-operational auctioned mines in Odisha – Guali and Jilling Langalota – that have been given over to state PSU miner OMC will have to bear this additional amount as will mines worked by steel major SAIL that are due for renewal shortly. Thriveni Earthmovers and Kalinga Commercial Corporation are MDOs for the said mines.
New iron ore mines coming online could put pressure on prices. Supplies from Odisha have been increasing at a steady pace which is putting pressure on iron ore prices. Odisha’s iron ore production increased by 10% m-o-m to 11.4 MnT in December, 2020. NMDC has reduced prices for lumps and fines by INR 600-700/MT for February, 2021. Odisha’s merchant producers such as Aditya Birla-owned Essel Mining too have cut offers by nearly similar quantum.
However on a yearly basis production still remains lower than last year’s. Odisha’s iron ore production during April-December, 2020 was recorded at 68 MnT vis a vis 103.5 MnT in the same period last year.
Improving iron ore supplies from Odisha, following commencement of operations at auctioned leases, is likely to put pressure on prices. This could result in better capacity utilisation for downstream steel and sponge iron producers.