The recast National Mineral Policy (NMP) 2019 is laced with provisions that promise to cheer the mining industry and its whole gamut of stakeholders. The reformulated policy that took nearly two years to promulgate betters its previous incarnate- the National Mineral Policy 2008 on more counts than one. It was the Supreme Court, in the course of pronouncing a no-holds barred verdict on rapacious mining in Odisha in August 2017, responding to a petition filed by NGO Common Cause, which directed the Union government to have a fresh, probing look at the policy with especial thrust on mineral conservation and development.

If we run a primer on the remodelled policy, it doesn’t disappoint on the twin areas touched upon by the apex court judgement. The more crucial components, of course, are mineral exploration, seamless transfer of concessions and the consummate ease with which they could be achieved.

Tackling the exploration conundrum, bringing private investors on board

India is a known repository of a wide range of minerals, ranging from metallic to precious and the vastly untapped beach sand resources. But the country despite its abundant mineral wealth has the dubious distinction of amongst the least explored resource nations. A woeful lack of funding on exploration and under developed expertise has also throttled exploration. The continuous downtrend in drawing investments to exploration is a pointer to the grim scenario. FDI (foreign direct investment) inflows in the mining sector have hit the slow lane. After touching a peak of USD 659 million in 2014-15, the FDI inflows into mining has tanked to USD 36 million at the end of 207-18.

As a share of the overall FDI drawn by the country, the mining sector’s contribution has shrunk from 2.06 per cent to 0.08 per cent during the period. According to data by the Centre for Monitoring Indian Economy (CMIE), the mining sector’s slump in drawing FDI is comparable to 2013-14 when only USD 13 million investment came in with a measly share of 0.05 per to the total foreign inflows.

From 2013-14, the inflows soared but since then, it has been a free fall. Though the government has approved 100 per cent FDI for the mining sector under the automatic sector except for fuel minerals, atomic minerals and precious stones like diamonds, the inflow has not caught up with the boom in other sectors such as communication services, financial services, retail & wholesale trade and financial services.

The mining sector, however, seems to be divorced from the FDI growth story. A mining industry source blamed it on the miniscule investments in mineral exploration and the lack of enabling provisions for foreign investors in the exploration policy.

“Only one per cent of India’s Obvious Geological Potential has been converted into mineable assets. This is due to a poor scale of exploration hamstrung by inadequate funds. The country has not emerged as a favoured destination for global explorers with just around 0.6 per cent of the exploration budget as compared to 14 per cent for Canada and 12 per cent for Australia”, the source said. India’s expenditure on mineral exploration is only USD 17 per square km and the figure pales when compared with Australia’s $124 and Canada’s USD 118. Even the New Mineral Exploration & Licensing Policy (NMEP) 2016 has failed to cut ice with the foreign investors. The policy is still wanting in tax incentives for explorers and does not offer an investor the grant of prospecting license or a composite license (PL cum mining lease).

The common grouse by foreign exploration companies is the lack of comprehensive, detailed data on mineral deposits in India. The new NMP seeks to overcome this handicap with a national inventory buttressed by comprehensive and up-to-date review of exploration data maintained in digitised version. The resource inventory will be maintained in accordance with a globally accepted public reporting standard for ensuring reliability of reporting and acceptability to financial institutions and stock exchanges showing reserves and remaining resources as well in the traditional methodology in vogue. The registry shall be a web-based system for public viewing integrated with GIS, such that information could be shown spatially in the form of map based service. The government is keen to put in place a Mining Tenement System- this envisages automation of the entire concession life-cycle using state-of-the-art IT systems.

Indian despite its enormous wealth of mineral deposits has turned into a net importer of minerals and steel products. This is a disturbing trend to have picked momentum after a gap of two years when the country’s net exports of iron and steel always trumped imports. With the spread between domestically available iron ore and landed cost of imported ore thinning, imports are flooding the Indian territory. Iron ore imports soared 157 per cent between April and December 2018 to 11.75 million tonnes. More, the persisting growth in imports of cheap steel products has unnerved the domestic manufacturers.

The new NMP strives to correct this anomaly by broaching a long-term export-import policy for the mineral sector. Such a policy would not only offer stability but also incentivise investments in large scale commercial mining activities. Assurances, through such a policy for minerals, will be a key factor for investment decisions, particularly Foreign Direct Investment (FDI) decisions in the sector. The policy aims at curbing minerals exports not through resource nationalisation but on the premise of dynamics of mineral inventories as well as short, medium and long term needs of the country. On the other hand, the import of minerals shall be coordinated as far as possible with the indigenous development of mineral based industries. Areas of cooperation with other countries having complementary resource base shall be developed for mutual advantage. The approach shall be to make mineral based materials available to domestic users at reasonable prices as determined by market forces.

The NMP has a vision to give a huge facelift to ‘Mines in India’ to make success out of the ‘Make in India’ campaign. The thrust on domestic manufacturing is expected to propel the demand for minerals at a frenetic pace. Long-term national goals will dictate extraction and management of minerals and integrated with the country’s overall strategy of economic development. Mining technology will be upgraded to ensure extraction and utilisation of the entire Run-of-Mines (RoM). A thrust will be given to extraction of mineral resources in which the country is well endowed so that the needs of domestic industry are fully met keeping in mind both present and future needs, while at the same time fulfilling the demand of external markets for such minerals, so as to enhance domestic economic and social well-being. “Though primary minerals will remain the principal source for fulfilling demand, efforts shall be made to augment supply by developing processes for recovery of metal through recycling. The reusable nature of metals contributes to conservation of natural resources and includes other benefits in terms of energy conservation, environmental and economic benefits”, the policy reads.

A notable concern here is more than 300 merchant mining leases whose validity ends by March 31, 2020. Mines held captive will also lapse by 2030 as per the provisions embedded in the amended Mines and Minerals- Development & Regulation (MMDR) Act, 2015. The lapsing of the mines is bound to trigger a widespread deficit of key raw material like iron ore, chromite and limestone. The policy though mute on how the crisis could be averted, assures uninterrupted supply of raw materials to the downstream industries. On mergers and acquisitions of mining assets, the NMP talks of a seamless and transparent change of hands by appropriate interventions in existing laws. 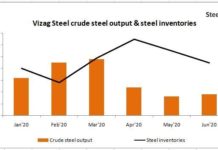 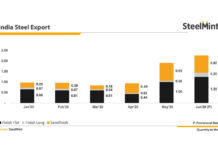