Home Stories Recycling Auto Recycling: Can India be the Next US, Europe or China?
Facebook
Twitter
WhatsApp
Linkedin 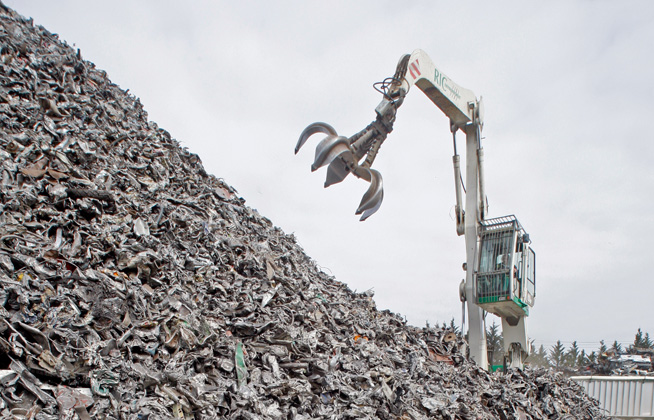 India has always been a decade behind the developed nations like the USA, China and Europe. Take for instance, the Internet was introduced in US & Europe during the 1980s but only in 1995 did India get introduced to it. Similarly, auto-recycling has existed for over a decade in the developed countries and even Indonesia but the Indian government has only recently taken a stand for environment & against old-polluting vehicles and even recycle them. However, the major question is can India become a US, Europe or China in auto recycling?

India is truly rising up to become a global economy, be it manufacturing or IT services, it is today at par with the bests in the world. Vehicle Scrap Recycling or Auto Recycling may bring about major impact on the Indian economy. The National Green Tribunal (NGT) has given out orders to remove 10-year old diesel vehicles from the capital, Delhi, NCR and said no 15-year old diesel vehicle can be resold anywhere across the country and it will only have to be scrapped. The government is trying to implement vehicle recycling policies by next year and also provide an incentive of INR 25,000-35,000 for a car, INR 10,000 for a two-wheeler and INR 150,000 for commercial vehicles, thus promoting a voluntary scheme for surrendering old vehicles.

To further encourage this notion, the Society of Indian Automobile Manufacturers has asked the finance ministry to offer a 50% rebate on excise duty, VAT and road tax to vehicles that have been purchased after their owners have submitted their older vehicles for scrapping. Although the major problem is even if these vehicles are removed, India does not have an organized scrappage policy.

Let’s look at some statistics from around the world:

The United States recycles about 12-15 million cars every year and the famous $3 billion US federal ‘cash for clunkers’ scheme succeeded in improving fuel efficiency by 58% in the country.

China recycles about 5-6 million cars a year and substituted an estimated 2.7 million high polluters from the national car fleet by offering rebates of $450 to $900 from June 2009 to May 2010.

Japan recycles about 5-6 million per year and introduced a program for 1 year from 1st April 2009 onwards, offering up to 250,000 yen (USD 2,500) to trade in vehicles 13 years old or more for new environmentally friendly cars.

-If India abides by the auto- recycling policy then tentatively 3- 4 million cars could be recycled in a year.

India’s future in recycling looks bright as studies show that by the next decade the vehicle density in India would grow from 20 for every 1000 people to 65 for every 1000 thus estimating roughly a growth of 6.7% compared to China which grows around 5.7% every year. India’s take on this issue is relatively new and also it is one of the few countries that has to deal with a huge amount of 2 wheeler vehicles. Certainly, the country has to invest heavily on its infrastructure and systems for proper certification and efficient disposal of old vehicles.

2 million tonnes of steel, rubber, plastic and aluminum can be recovered by effective recycling and this will make a great mark especially on the steel industry and according to the Indian government, with this the demand for steel will increase 4X. This is India’s best option to get rid of the old cars and reap benefits through it by adopting a strict and environment friendly Auto recycling policy. Many businesses can crop up with this such as shredding, recycling, scrap handling, exports etc.

With proper awareness of the opportunity at hand and the government trying to take various measures along with incentives, India’s future in auto recycling is looking big and bright.