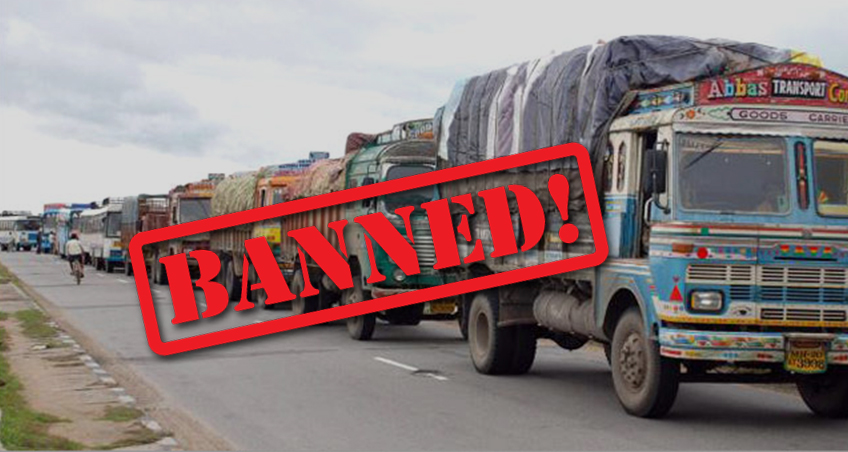 Indian states are proactively banning old vehicles in a bid to control pollution. Will this open new avenues for auto recycling in India?

Chhattisgarh government today has taken a crucial step towards environment conservation by imposing a ban on old vehicles like buses that are over 12-year-old, trucks and auto-rickshaws older than 10 years including, those coming from other states.

Not only Chattisgarh, but other states like Bihar, Kerala, and Delhi have also banned old and polluting vehicles in order to control rising pollution.

The National Green Tribunal (NGT) wants to ban old diesel vehicles over 10 years old in at least 15 cities across India to bring down pollution.

On 27 Nov’14, the circuit bench of National Green Tribunal (NGT) banned all vehicles either diesel or petrol for 15 years in Delhi. After a year again on 23 Jun’15, NGT banned all diesel vehicles that are over 10-year-old from plying on Delhi roads.

On 15 Jun’16, the Bihar government had banned 15-year-old diesel vehicles in Patna in a bid to check the increasing air pollution in the Bihar capital.

According to recent report,India is one of the most polluted countries in the world and old vehicles contribute to a major portion of it.

Number of registered vehicles in India

Indian auto and recycling industry is highly optimistic over government’s initiative on recycling old vehicles. Auto recycling is quite common in developed countries like US, Europe, Japan, Korea and China. Over 30 million vehicles are recycled every year globally. US contribute about 40-45% of total vehicle recycling followed by Europe (30%), Japan (15-20%).

Industry is anticipating at least 3-4 million vehicles may come initially for recycling in India and numbers will double in 2020. It may be noted that India is going to the third largest automobile market in the world in 2017.

The government of India plans to generate steel scrap worth INR 11,500 crore annually from auto recycling. The government will offer an incentive of 8-12% of the cost of the new vehicle after surrendering the old vehicle.

The management of End-of-Life Vehicles (ELV) is an increasingly important issue in India. Environmental regulation and management continues to play a role in the processing of ELVs, as does maximizing the value of the auto parts and commodities recovered from them.

SteelMint Events is conducting a conference “Scrap Recycling – Emerging Markets” which is largely focused on scope Auto Recycling in India. This conference will give an excellent opportunity for those involved in the governmental and regulatory sector as well as automobile manufacturers, battery and component suppliers, technology suppliers and the auto repair, salvage and scrap metal sectors. It will provide local insights in a global context while also offering tremendous networking opportunities.