India has extended a compliance deadline by another two months on tougher import rules for some grades of steel which are used in the auto sector. Compliance for the new rules that had been earlier set was  17 Feb’19 and now extended till 17 Apr’19. 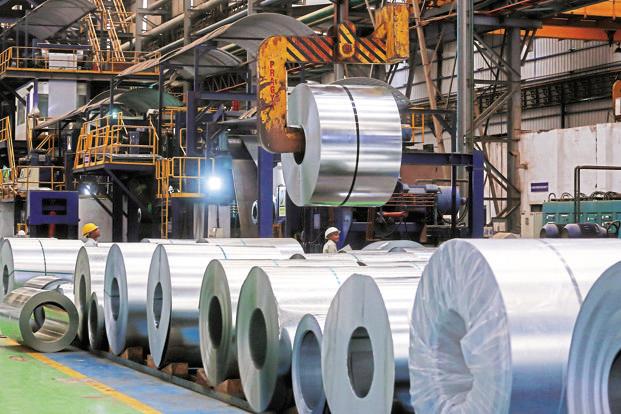 In August 2018, the steel ministry had announced stringent import rules for some high-grade steel products that are sourced by carmakers from countries such as Japan and South Korea but not yet manufactured in India. Later on, the steel ministry granted a two-month exemption (till Feb’19) to carmakers on new quality control rules for imports which were originally due to come into effect on Dec’18. Now this deadline extension till Apr’19 is a second-time extension by the ministry.

The stricter compliance rules are aimed at discouraging automakers to reduce their dependence on steel imports and make use locally made alloy. Also, it is an attempt by the steel ministry to restrict the rising steel imports. India remained a net importer of steel during April-November 2018 after exports dropped over 30%.

However, industry experts from the auto sector are of the opinion that the compliance to the regulations would stall the production for India’s auto industry because carmakers in India continue to rely on imports as local steel companies do not manufacture the steel grade they needed. Another risk involved according to them is that if the import of steel (raw material) is restricted into the country, then the industry may go for import of the components itself which may affect the government initiative of ‘Make in India’.

For example, an Asian carmaker which failed to source stainless steel exhaust pipes locally has instead decided to import the entire fuel exhaust system as cited by Deputy Director General, Society of Indian Automobile Manufacturers (SIAM) in an interview.

On average, 900 kg of steel is used per vehicle. The steel in a vehicle is distributed as follows:

The remainder is found in the wheels, tyres, fuel tank, steering and breaking systems.

New grades of Advanced High-Strength Steels enable carmakers to reduce vehicle weight by 25-39% compared to conventional steel. When applied to a typical five-passenger family car, the overall weight of the vehicle is reduced by 170 to 270 kg, which corresponds to a lifetime saving of 3 to 4.5 tonnes of greenhouse gases over the vehicle’s total life cycle. This saving in emissions represents more than the total amount of CO2 emitted during the production of all the steel in the vehicle. (wsa)

Transformation of mammoth proportions: Auto Scrap policy on the anvil