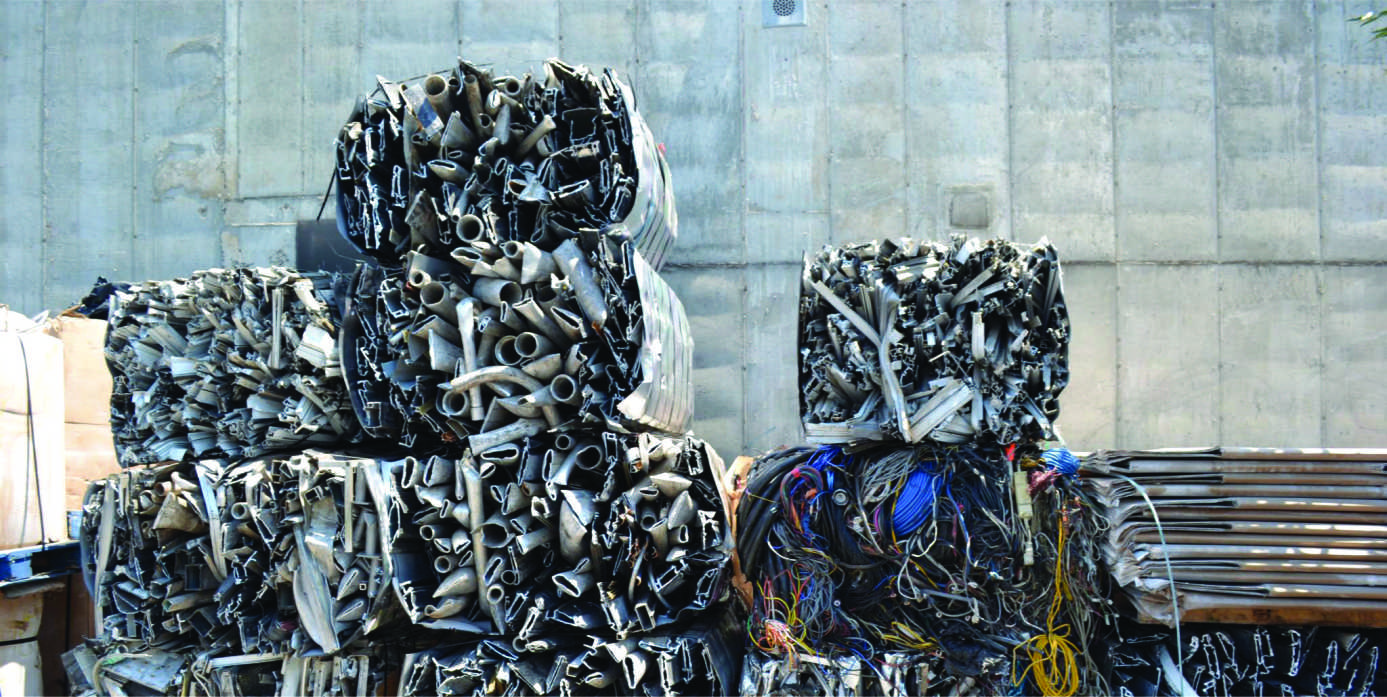 China once rightly called a sleeping giant has come of age after decades of persuasions through implementing various economic policy reforms. China stands as the largest consumer of steel making raw material, producer of nearly half of world’s steel and second largest economy in the world.
Considering China’s appetite for the steelmaking raw material, the country have imported 1024 mnt iron ore in CY16.The total crude steel output was at 808 mnt for that year. From Jan to May this year China produced 346 mnt crude steel, this is up 4% compared to last year.
Scoring up the mass of iron ore the country depends on for the steel production, the huge inventory standing at the ports that support the export of major iron ore producers, Australia and Brazil, is sure bound to affect the trade negatively when China moves on to using scrap liberally.
China’s steel production is mostly done through Basic Oxygen Furnace (BOF) technology that uses the raw material iron ore as a main feeder, whereas the country is already paving the way for its counterpart Electric Arc Furnace (EAF) technology to fight the carbon emission.
Shifting Gears
Chinese industry has already started showing much interest in steel scrap and is giving signals of preference for it over iron ore. Upcoming adverse effects of this momentum on China’s iron ore imports and consumption can hardly be ignored.

Feature wise the ground steel (Ingot) made with a small induction furnace through use of scrap is found to be of poor quality that has a very high impact on environment causing extreme level of CO2 emissions. Realizing this danger, China has cut around 42 mnt substandard crude steel capacity on government orders during Jan-May’17.
But around 100 mnt of this inferior quality ground steel is produced illegally in China, although no statistical data is available. According to the data released by the China Waste Steel Application Association, 46,450 tons of scrap was collected last year, up by 13.6% compared to the previous year.
According to Mr. Seiichi Hayashi Iron Recycling Research, Japan, China launched a special tax policy to reduce and exempt 30% of the value added tax since July, 2015 in order to promote the use of scraps, predicting that the effect of the policy will become noticeable in the future.
“In the short term, surplus scraps due to abolishment of the local steel barrel will spread out of the country, surplus due to scrap of huge accumulation amount will occur in the long term after 2030”, he added.
He thinks, China’s scrap exports will not last for a long time, because of the following reasons:

China continues to apply 40% of export tariffs on scrap exports

Chinese government recommends raising scrap usage ratio in crude steel production from 7.2% in 2016 to 20% in future.

Future of increased scrap supply in China
The government of China have directed of eliminating obsolete and illegal scrap-fed induction melting furnaces in the country by June 30, 2017. This according to industry estimates consumes around 40 million tons of scrap.
Increase of scrap generation due to end of life cycle of industrial and house hold goods which are expected to grow at 5% per annum. According to reports, country generates around 175-180 million tons of scrap (however official data says, it is around 100-120 million tons).
The global scrap generation in 2015 stood at 650 million tons, out of which 177 million tons was from China, which is about 27%. Total seaborne trade of scrap stands at 84 million tons, out of which China imports only 2-3 million tons.
With the expansion of Chinese steel industry, the scrap generation also rose by almost 14% per year, today it is the world’s biggest scrap generator and user. For almost 15 years, bulk of the scrap volume came from home and prompt scrap which was increasingly generated during steelmaking and downstream manufacturing process.
Trends indicate that china has already entered the infrastructure and product replacement phase; this is exemplified by the increasing percentage of obsolete scrap in the scrap mix.
China choose EAF Steel Production Route
Overcapacity of the steel industry is a worldwide challenge along with increasing environmental restraints. China leaders are also under pressure to curb emissions while sustaining growth.
President of China Metallurgical Industry Planning and Research Institute, Li Xinchuang says by 2050, more than 30% of steel manufactured in China will be from the EAF route.
China’s political leaders are grasping for ways to clean up an egregiously polluted environment without drifting away from economic growth plans.
However the global share of scrap in metallic consumption has been lower in recent years, influenced mainly by China’s growing role in the steel industry. As a developing economy, China has had limited amounts of obsolete (or post consumer) scrap to use as a material in steel-making. However, as the country’s products and infrastructure enter the replacement phase, the growing availability of obsolete scrap is likely to fuel a shift from steelmaking based on basic oxygen furnace (BOF) technology to electric arc furnace (EAF) technology that relies more heavily on scrap. In time, this shift will have a significant impact on scrap consumption trends both in China and globally.
Incremental Scrap Usage
China grew its world share in steelmaking rapidly that have had some negative effects on the steel scrap growth. Numbers suggest that China produced 15 percent of global crude steel in the year 2000, around 2015 it rose to the half of the world’s total output. The well-known fact is that China has dominated steel demand and production both for more than 10 years now. However China, a developing economy, was restricted with minimal supply of internal obsolete scrap. Moreover, the industry that mostly uses BOF technology was mainly depend on basic raw materials i.e. iron ore and coking coal. China’s scaling up in global steel production marginalized the use of scrap in total global steel production from 40 percent in 2000 to 34 percent in 2015 as the country used less of it as a feeder. On the other hand, yearly steel scrap consumption in China grew continuously over the past one and a half decade.
All said and done there are some who believe that China’s iron ore need won’t die near future as the scrap supply in the country is proportionate to the increase in car ownership which is low considering to the size of its population.
As per some statistics data USA has more than 700 vehicles per 1,000 people similar to Australia but less than 150 in China.
In the end the future will decide China’s use of scrap where the country is already on its way to bringing technology changes, known for its aggressive treatment in dealing issues may prove fatal to whole of a steel industry trade dynamics.
Source: Steel 360 Magazine Aug’17 Issue