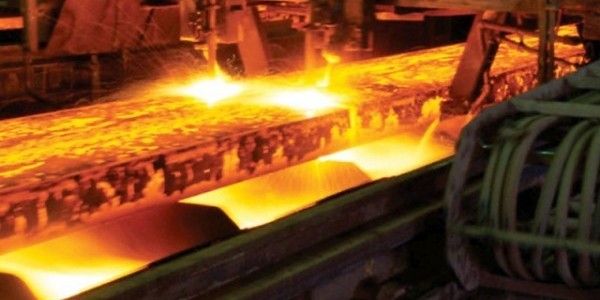 This is be 5th year in a row that we notice Iron ore situation worsening owing to some or the other reasons. 2014 it was Shah Commission and this year its Supreme Court imposing a ban on mines with illegal operation i.e. operating beyond 2nd deemed renewal. We’ve already seen massive imports by the Steel giants and we’ve heard sentiments of many. We at Steel 360, wanted to learn an outlook of how FY15 would look with this cacophony.
We interviewed one of the top experts in the field, a voice most heard and appreciated on the subject and who can clearly foresee a hit on at least 10 MnT Steel production this fiscal. He was CMD, NMDC, Former President, FIMI and now he’s CMD, Minman Consultancy Services, PR Tripathi.

1. There have been constant set backs on Iron ore supply in the country, how bad will this have an impact on Indian Steel industry?

This is definitely a very serious matter. Since the time, mining operations have been restricted by the Supreme Court, scarcity has prevailed. Iron ore situation in India will have an alarming effect and there could be an apparent decline in Steel production this fiscal due to the same.

Odisha: In Odisha, people have already applied for second lease but there’s a probability that they’ve to start off fresh, which will take a very long time. To my understanding, till March 2015, these mines are not likely to be functional. Mines with 2nd renewal might get clearance in 2-3 months but this will not bring any distinctive change this fiscal.

Karnataka & Goa: Some mines in Goa may become operational after Oct’14, since fresh lease is likely to be sanctioned but Indian steel industry is not dependent on Goa. However, some quantity of Iron ore might make its way via beneficiation route, but the impact will be minimal. Steel giants will be able to manage from imports but secondary steelmakers might suffer.

Primary Producers: Among the primary players, TISCO may manage by importing; but SAIL will find it difficult because closure of Kiriburu-Mehatburu & Katta Mines is great setback.

Overall Impact: An estimated 10 MnT of Steel production may have an impact. New Blast furnace and Brownfield expansion might improve the installed capacity to 92 MnT, but with a loss of about 10 MnT Steel production, we might only produce up to 80 MnT this fiscal also.

2. Shortage of Iron ore and increased royalty rates, where is the industry headed?

We are heading towards a downtrend. Royalty hike in mineral is only a commercial issue and it can be tolerated. But the major concern that India has to face is the availability of Iron ore. So, quantity is a bigger issue over royalty. As per the recent decision, lease beyond 2nd renewals will not be granted to any mine, which perhaps is a bigger issue of all. And if that’s so, then there’ll be many mines whose lease is already over. This issue has to be sorted out even if it requires new acts or amendments to existing MMDR Act. There’s almost no likelihood of this happening in FY15.

3. Do you think India will surpass 5 MnT Iron ore imports in FY15? What will be its impact in domestic market?

It’ll be more than 5 MnT this year. JSW will import close to about 4 MnT of Iron ore because it has a port based plant. Another 4 MnT will be imported by Tata. Others might as well follow suit. This will result in Iron ore imports of more than 7-8 MnT. Imports however, will be of very high grade CLO, which will be consumed by gas based plants and even Blast Furnaces. Coal based plants might not import because they’re small; instead, they’ll depend on domestic Pellet at a price point of about INR 7,000-8,000/MT.

The Odisha government estimated a yearly production of about 70 MnT from its mines and now, the same is very much reduced. The 50:50 rule may help the plants located in Odisha but is adversely affecting the DRI & Steel Plants located in other states who had been sourcing Iron ore from Odisha. I believe, there should not be any restriction in Odisha as it’s not in the interest of the industry and country as a whole. Any State government should not be controlling the market because we represent one single nation. The trading parties i.e. the supplier and the buyer must take control of the business. And now, when the availability of raw material is low, this rule will do no good for the country.

If in case there’s some stock of Iron ore still left, only then the availability from Odisha will cross 50 MnT. But even if 50:50 rule is not in the national interest it seems Odisha is sticking to it.