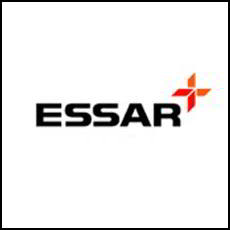 Essar Steel India announced on 20th June, 2013, that it would raise External Commercial Borrowings (ECB) of $ 1 Billion in their strategy of eliminating risks from the balance sheet. As a result its door to door maturity of its debt has increased by almost double. The average maturity for dollar debt is of seven years. Their risks related to irregular rise and fall of currency will thus get reduced and remain protected, as it is linked with the dollar.

Consequently, the company will save around Rs 450 crore per annum in interest owing to its conversion of rupee debt in to dollar. At present its huge amount of debt is valued by Rupee as against 30% – 40% of other steel companies of India.
A large group of banks which were led by IDBI and ICICI bank were subscribed to ECB.

Commenting on this development, Mr. Ashutosh Agarwala, CFO, Essar Steel India, said, “Steel industry globally is going through a phase of weak demand resulting in lower realizations. It is imperative that the debt of the company is aligned to the earning currency thereby reducing volatility in earnings. The dollarization of rupee debt would not only de-risk our balance sheet, but also elongate maturity and reduce interest costs.”

Essar Steel India expanded its capacity of manufacturing steel from 4.6 MT per annum to 10 MT per annum successfully.
Essar Steel has become one of the biggest foreign exchange earners in India by exporting steel products.