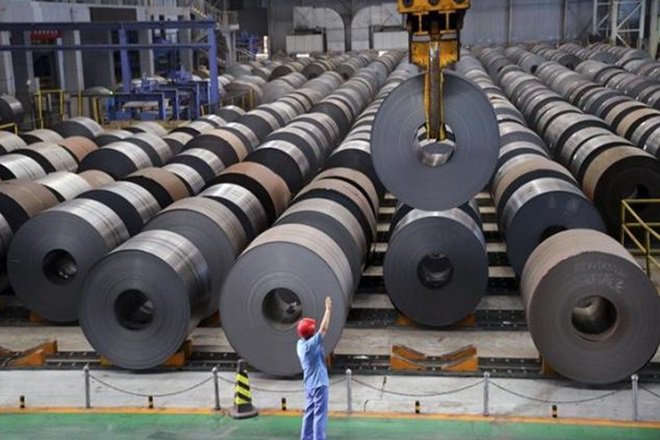 Despite several safeguard measures by the government, the Indian steel industry is yet to come out of the woods mainly due to weak demand and cheap imports from countries like China, Japan and Korea. Though steel imports have dropped by 17% y-o-y in April, the Indian steel industry is still struggling with surplus capacity, weak demand, and low profitability due to high input cost.

The union steel minister Narendra Singh Tomar has admitted that the domestic industry is going through a severe downturn. “The Indian steel industry is currently passing through a severe downturn. Globally, demand slowdown and overcapacity have resulted in major steel producing countries like China, Japan and Republic of Korea adopting predatory pricing strategy and dumping their products in India at prices often lower than their cost of production. Consequently, domestic producers have considerably reduced prices thus eroding their profit margin,” he said in the Lok Sabha in May. Though the government has taken several steps to protect interests of the domestic industry, more measures need to be taken to create a level playing field for the domestic steel Industry.

In its response to the parliamentary standing committee on steel and coal, the steel ministry has proposed several steps which need to be taken to raise the competitiveness of the steel companies.

The ministry has underlined that the main reason for high input cost of steel making in India is high interest rate. The cost of funding to the Indian steel sector is high as compared to steel producers in foreign countries. Funding is available to steel producers in major steel producing countries at rate of interest ranging from 1.15% to 6% (Japan 1.15%, Korea 3.7% and China 5.6%) as compared to India’s 12%, which is a significant disadvantage. Due to the downturn and eroding margins, about INR 2 trillions of debt is outstanding with the Indian steel companies.

Meanwhile, the government has already taken some measures to reduce the cost of finance. “With intervention of the RBI, the banks and the Department of Financial Services, we are moving towards a regime whereby loans given to these companies can move towards longer term loans with low rates of interest. So, corporate debt restructuring and strategic debt restructuring are two frameworks which will see that the costs are coming down for steel,” the steel ministry has informed to the standing committee.

Another reason for jump in steel imports from Japan and Korea is the free trade pact with the two countries. Concessional rate of duty available to Japan & Korea, in the case of Comprehensive Economic Partnership Agreement (CEPA), which has resulted in huge jump in imports from these countries, and the situation is likely to worsen in the coming years. The steel industry has repeatedly demanded that there is need to review the CEPA with Japan & Korea by the Ministry of Commerce so that imports from these countries are contained within reasonable limits. Also, steel products should be kept in the negative list while entering the proposed Regional Comprehensive Economic Partnership Agreement (RCEP).

High logistics cost is a significant cost contributor to steel making. India’s logistics cost is one of the higher ones as compared to China, Japan and Korea. While the Chinese government is highly subsidizing the logistics cost for its domestic steel industry, the Japanese are enjoying cost competitiveness due to location of their plants in the coastal areas. On the other hand in India the steel units are in the hinterlands and they mainly use the road and rail modes for transport of raw material or finished metals. Thus a steel consignment reaches with a lesser cost to Mumbai ( for example) from Japan than from Odisha through surface route.

The steel industry has been demanding reduction of transport cost of iron Ore through the railways. Railways have kept lower classification of input material (Coal, Limestone, Dolomite and Manganese Ore – Class 145) and charge lower transportation cost compared to steel, which has been kept at higher class (Class 165). Further, despite having lower value, iron ore transportation cost has been kept at par with steel in Class- 165. The steel ministry has also put a demand before the railways to classify iron ore in freight Class 145 to bring it at par with other input materials. However, the Railway Board is yet to take a call on the issue.

Meanwhile there is a positive sign from the weather side. With early signs of an above normal monsoon, the growth in rural consumption may drive crucial sectors like automobile, consumer goods and construction, which could improve the domestic demand of steel in the near term. However, in long term basis, the domestic steel demand will be depend upon the government spending on infrastructure projects like railways, roads, ports, urbanization and the Make in India initiative with a focus on the defense sector.