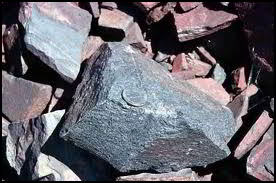 Chinese traders had lowered their stock holding over the last few months of 2013 owing to poor demand and outlook for steel. However, so far the month of July has recorded Chinese steel prices scaling up by more than 4% owing to a restocking drive of the traders. Consequently, Rebar prices in China hit a two-month high of 3,705 Yuan on Wednesday, July 17, 2013.

Iron ore traders in Shanghai are of opinion that restocking material for future demand may not be very effective since it will attract very high storage cost and as such demand improvement may also take some time.

Owing to less construction during the summer months of July and August, the demand and consumption of steel is usually low in China and only picks up September onwards.

“I think it will be tough to push prices further above $130. Market interest is still there but with prices constantly moving up, buying interest is slowly getting reduced,” said the Shanghai trader.

Iron ore prices have increased by 12% so far this month showing a growth in demand which was down by 20% in the initial months of 2013.