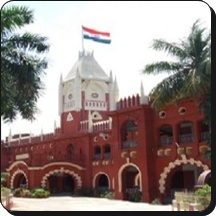 Odisha government’s Steel & Mines department on Tuesday submitted its policy on Iron ore sales to the Odisha High Court, two days ahead of the last date set for complying with an earlier order of the court to formulate a definite policy in the matter.

Earlier in December 2012, the Odisha government had asked the local miners, barring captive mines, to reserve at least half of their monthly Iron ore production to meet the raw material requirements of industries in the state, especially those who were operating without any ore linkage.

Mine owners and the apex mining body Federation of Indian Mineral Industries (FIMI) had contested the state government’s order in the Odisha High Court.

The High Court, in its order on 2 April of this year, while upholding the stand of the state government in the matter, had asked it to formulate a clear-cut policy within 3 months failing which its decision would stand nullified.

The miners had argued that while the total Iron ore output of the state is 78 MnT pa, the steel making capacity of the industries in Odisha is less than 10 MnT pa.  Since the raw material requirement for the state based industries work out a mere 20 MnT per year, reserving half of the output for their use is unjustified as it would lead to stocking a large amount of unsold ore.

Sources said that the new policy of the state government in this regard has penal provisions, which say if a steel making unit does not lift the amount of raw material allotted to it, then it would be debarred from the raw material linkage plan and its bank guarantee would liable for forfeiture.

Under the new policy, sources said that pricing of Iron ore will be decided on the basis of rates determined by Indian Bureau of Mines (IBM) unless the miners and steel makers agree to a certain reasonable price for the transaction.

However, there are reports that FIMI may move the Supreme Court just in case the High Court’s verdict in the matter does not address their problems.