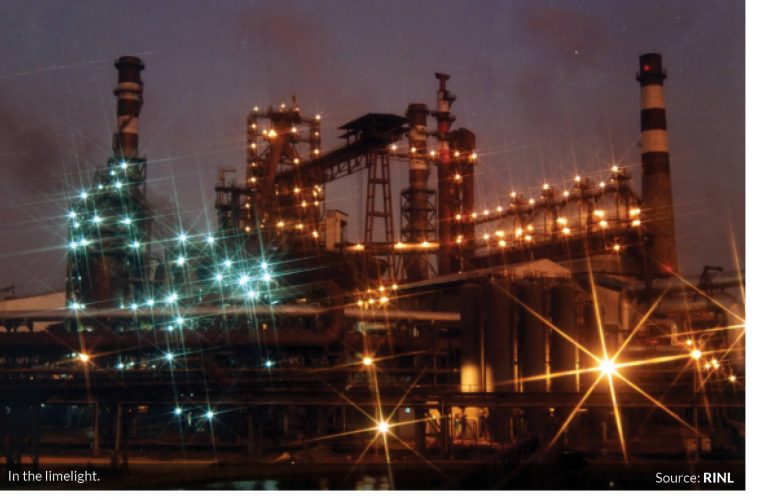 With each passing day, the movement against the proposed 100% strategic disinvestment by way of privatisation of steel public sector unit (PSU) Rashtriya Ispat Nigam Limited (RINL), the holding company of Vizag Steel Plant (VSP), is snowballing into a major issue. The Cabinet Committee on Economic Affairs (CCEA), on January 27, gave its in-principle approval for the same. Politicians from Andhra Pradesh, the home state of VSP, and RINL employees alike, are showing concern over a complete sell-off.

Through a multi-pronged method of questions in Parliament, gate meetings, media briefings, politicians and employees are showing a steely resolve against the sell-off and trying to focus the government’s attention on a rethink on the issue although, till the time of writing this article, things stand unaltered.

The state government of Andhra Pradesh has indicated that it would be willing to participate in the bidding process. Steel360 learnt from reliable sources that, at a large gathering at the gates of the Vizag Steel Plant (VSP) held in the second week of February, V. Vijaysai Reddy, Member of Parliament, Rajya Sabha, and Chairman of the Parliamentary Standing Committee on Commerce, Parliamentary Party Leader and National General Secretary of the ruling YSR Congress Party in the state, said, if the central government did not listen to all those opposing the 100% divestment of RINL then the state government would participate in the bidding process in an effort to buy out the plant, lest it fell into the hands of a private player.

There are also strong rumblings within the company itself against the 100% divestment.

No official statement is forthcoming but the buzz is that there are possibly two options that company insiders are amenable to. One is that the PSU itself would not mind a 10-20% divestment since such a move could “increase efficiency”.

The second option that employees are keen on is a 50:50 joint venture with POSCO, details of which were recently revealed by Steel Minister Dharmendra Pradhan in reply to questions asked in Parliament by V. Vijaysai Reddy. In response, Minister Pradhan said that POSCO had evinced interest in setting up a steel plant in Visakhapatnam on RINL’s land. A non-binding MoU had been signed in October, 2019 between RINL and POSCO. Pursuant to the MoU a joint working group (JWG) had been formed for exchange of information. The shareholding pattern has not been determined at this stage but, as per the MoU, POSCO wishes to own at least 50% shareholding while the shareholding of RINL would be worked out on the basis of the valuation of RINL’s in-kind contribution of the land for setting up the plant.

The minister further said a joint team of POSCO and Hyundai, along with the Ambassador of South Korea, had visited RINL, Visakhapatnam, participating in meetings with representatives of RINL, NMDC and the Ministry of Steel in July and September, 2019 and February, 2020 in connection with setting up of the plant.

A source says there are several benefits if the JV materialises. One is that the plant would be set up on land that cannot be cultivated and the best possible way to unlock its value is through industrial use. Secondly, the plant will manufacture special grade steel required in the automobile industry, which is imported at present. Thirdly, it would generate employment in the region.
The JV is proposed on 3,000 acres of RINL land at an estimated investment of INR 30,000 crore.

‘Golden Goose’: A source said RINL is a “golden goose” at present and an extremely good buy for any large private sector steel player since it has completed its expansion and has even crossed 20,000 tonnes per day (tpd) of hot metal output several times because of its ramped-up production. “If the PSU gets a constant supply of raw material, it can repeatedly touch 21,000-22,000 tpd at 7.3 million tonnes per annum (MnTPA). It can be an extremely good source of revenue for the Government of India,” the source reasons.

Andhra Pradesh Chief Minister Y.S. Jagan Mohan Reddy recently wrote an impassioned letter to Prime Minister Narendra Modi urging a reconsideration of the divestment proposal and to explore other opportunities to put the plant back on track, even suggesting a few revival strategies.

The CM too said RINL has achieved its highest-ever capacity utilisation of 6.3 MnTPA against the capacity of 7.3 MnTPA from December, 2020 and started making a monthly profit of close to INR 200 crore. And that, continuing this performance for a further period of two years will help the financial situation immensely.
Another source argues that the steel market is a cyclical one and there are bound to be ups and downs and even unforeseen circumstances like the present pandemic. Till the recent past, steel prices had been low, which led to losses. However, now that prices are high and just when the environment is conducive to earning profits, the Centre is strangely mulling the total divestment!

Why no Mine was Allocated?

A source says, if an iron ore mine is allocated to RINL or even if OMDC’s mines start producing, RINL can indirectly source from these mines and “that process is going on”. “When these go into production, RINL can have a steady supply of raw material and profit will come indirectly as a shareholder,” the source observes. It may be recalled that RINL had bought stakes in OMDC at an investment of around INR 361 crore a decade back. The subsidiary is slated to start mining operations at all three mines, Bagiaburu (iron ore), Belkundi (iron ore and manganese ore) and Bhadrasahi (iron ore and manganese ore), following a Supreme Court order.
However, many say, it is rather surprising that till date no captive mine has been allotted to the PSU and they put it down to faulty decisions of previous governments. Natural resources like iron ore mines are national assets, many of which have been allotted to private players previously but not to RINL. As per one observer, for a steel player with a captive mine, the cost of iron ore per tonne will be INR 500-600. If the mines are located far from the plant, with the addition of freight charges, the maximum cost of the iron ore will not exceed INR 1,000/tonne. However, it seems, VSP is paying INR 3,500-4,500 per tonne of ore. Consequently, for 8 MnT of iron ore, the additional cost amounts to INR 1,500 crore -INR 2,500 crore as per a rough estimate.
At present, RINL is purchasing iron ore from NMDC’s Bailadila mines. The Chief Minister suggested, allotment of captive mines to help tide over the cost disadvantage. RINL, in purchasing iron ore from NMDC’s mines at market prices, was facing a cost disadvantage of around INR 5,260 per tonne of steel, at ore level. Many of RINL’s competitors get 60% of their ore requirements from captive mines.

Arguing against calling RINL “loss-making”, a source said that the PSU has given the Government of India (GoI) INR 45,000 crore in these last 30 years as direct and indirect taxes and is continuing to do so, whereas the government has invested only INR 5,000 crore since its inception. 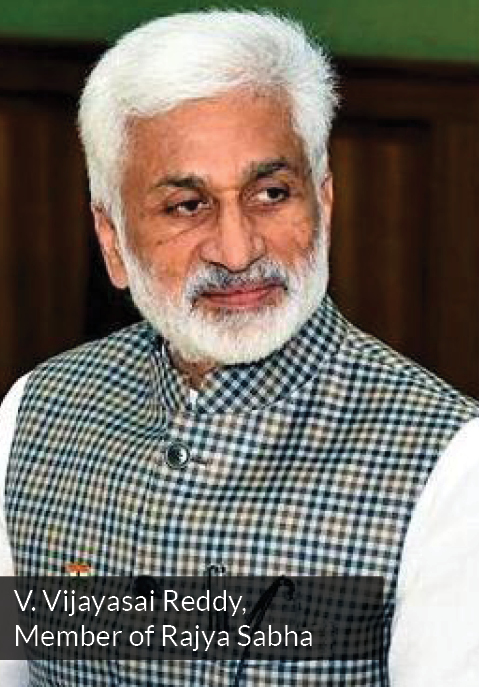 “RINL is not a loss-making concern anymore. Last December, its operating profit was INR 200 crore. It also needs to service its debt. If the PSU gets a support of INR 5,000 crore from GoI then it can be revitalised. From the book-keeping point of view, yes it is showing a loss. But the plant is located in the richest revenue generating area in the entire Andhra Pradesh. It owns 20,000 acres of land at present and the steel plant is attached to a mega city which is the executive capital of Andhra Pradesh in a sense. If the present market value of the land is INR 5 crore per acre then RINL commands INR 1 lakh crore alone for the land it owns. Secondly, its plant and machinery are worth another INR 1 lakh crore. So, its total worth is more than INR 2 lakh crore. However, the balance sheet does not exactly show these details – the cost of land is kept at say INR 10-20 lakh per acre at best as per government records,” the source informs. V. Vijaysai Reddy recently told a media briefing that the Centre proposed to sell VSP at an arrived book value of INR 1,350 crore.

The source added that the government is getting 70% of the revenues generated, in direct and indirect, form and that in the present pay scale and tax structure average employees pay INR 4-7 lakh to the government exchequer every financial year.

Several question are also being raised as to why RINL ran into such high debts in the first place. The PSU, as per sources, had incurred a loss of INR 4,000 crore around 2001 “because of interest burden of bank loans”. It had completed its expansion with bank loans but without any financial help from the government. It had earned profits of INR 10,500 crore by 2008 but after deducting the loan burden of INR 4,000 crore, it was left with INR 6,500 crore reserve. To this corpus, it had to add another loan of INR 6,000 crore and with this kitty of INR 12,500 crore, it expanded its capacity from 3.6 MnT to 6.3 MnT. However, the PSU had to borrow again another INR 9,000 crore. With the total corpus of INR 21,500 crore, the capacity was increased to the present 7.3 MnT.

The sources argue that the loans, totalling INR 15,000 crore (INR 6,000 crore and INR 9,000 crore), plus the interest burden, led to the losses. An insider said if the present government allocates INR 10,000 crore-15,000 crore, as equity VSP will yield more than adequate returns. 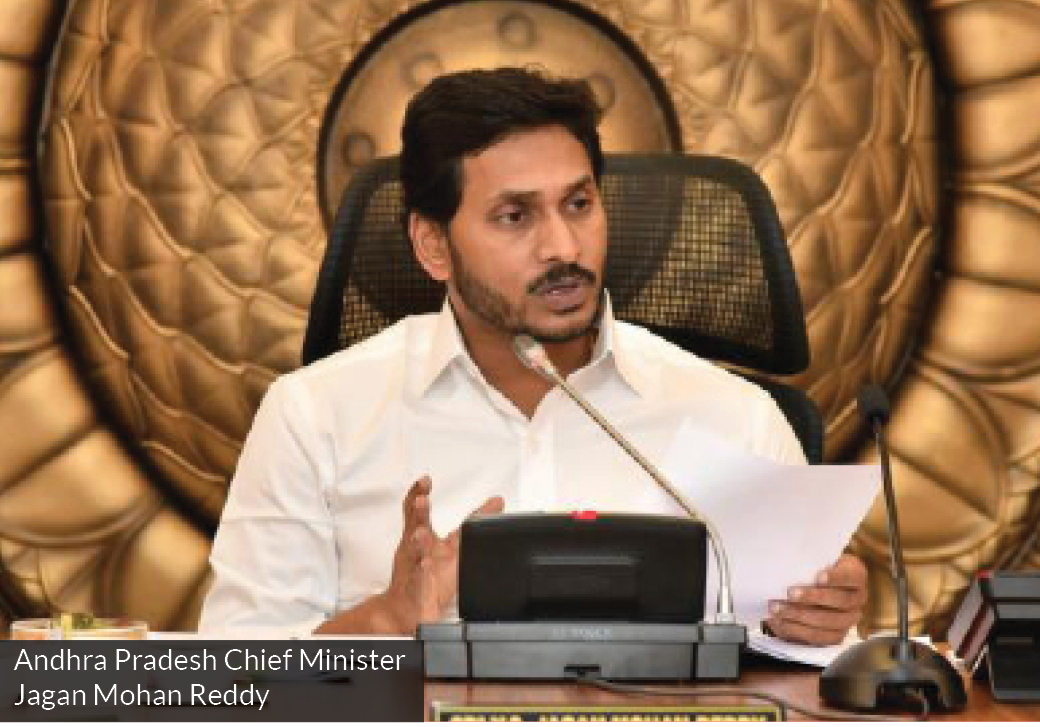 Chief Minister Jagan Mohan Reddy, on his part, has suggested, under financial restructuring, short term loans along with long term loans could be converted into equity taking off repayment pressures and interest burden. RINL’s high cost debt of INR 22,000 crore is being serviced at a high interest rate of 14%. “Conversion of these loans into equity by the banks so as to remove the interest burden totally and listing the entity on the stock exchange, giving the banks exit option through the stock exchange route through general public may be explored,” Reddy suggested.

Meanwhile, another source has proposed that since Steel Authority of India (SAIL), another major steel PSU, has captive mines with reserves that can last 200 years, the government could explore a merger of RINL with the former, both being government-owned. Such a move could wipe out RINL’s losses, it is suggested.

However, insiders say that whatever decision is arrived at, will take another couple of years to get implemented.