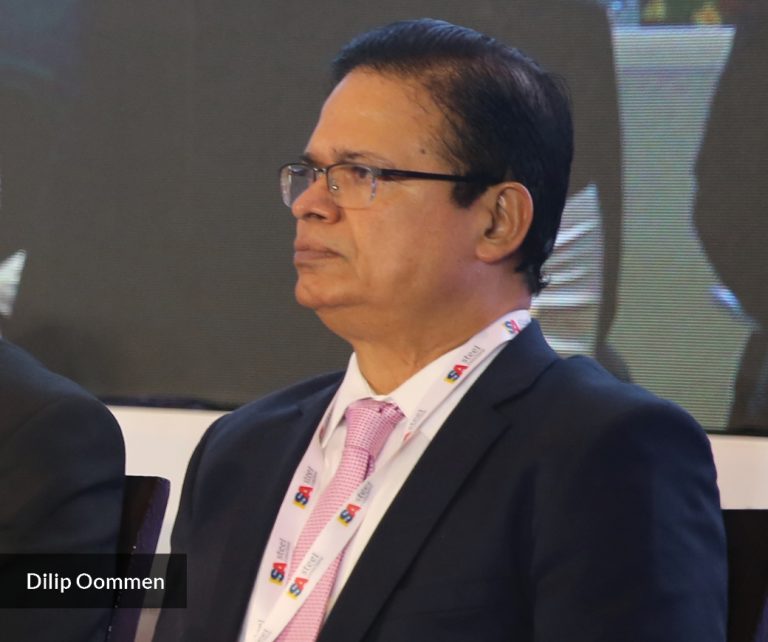 AM/NS India, the 60:40 joint venture between the world’s largest steelmaker ArcelorMittal and Japan’s Nippon Steel Corp, has confirmed its plans of setting up a 12 million tonnes per annum (MnTPA) greenfield steel plant in Odisha but in a phased manner. This project will be part of the government’s Mission Purvodaya, launched in 2020.
The fresh investment envisaged by AM/NS India in Odisha is INR 50,000 crore and the land required is estimated to be 250 hectare. The project is expected to generate employment for an estimated 70,000 individuals, around 15,000 of which is likely to be in direct form.
The government had been proposing to the company on investing in Odisha, one of India’s most mineral-rich states and the highest iron ore producer. The new plant is a fructifying of these exhortations, it is learnt and dovetails with AM/NS’s vision of contributing 30 MnTPA to the 300 MnTPA total capacity envisioned in the National Steel Policy, 2017.
The proposal took a concrete form when Steel Minister Dharmendra Pradhan visited the steel major’s Hazira complex in January this year. During this visit, the leadership at AM/NS India had made a detailed presentation to the minister on the company’s future plans and its ambitions to significantly enhance contribution to the Atmanirbhar Bharat vision.
The exact location of the plant has not yet been identified but keeping in mind that AM/NS India already has the pellet plant in Paradip, the same location could be a good choice. However, there is no excess land in the pellet plant complex for accommodating a greenfield steel plant. Hence, the company will have to acquire fresh land. Of course, the plant can be set up in any other location within Odisha but Paradip could be a good choice since it is nearer to the seaport which will be an additional advantage. These factors would increase the cost of efficiency.

However, at this juncture, a greenfield plant is a challenging venture since land is a controversial issue in India and acquisition of the same poses several hurdles and involves dislocation, resettlement and rehabilitation of locals.
That apart, and equally importantly, the payback time for a greenfield plant is 5-10 years. Land identification and acquisition, investment mobilisation, equipment sourcing, all aspects take time, post which production can start and only then the payback kicks in.
Speaking exclusively to Steel360, Dilip Oommen, Chief Executive Officer, ArcelorMittal Nippon Steel India, said: “Odisha is one of the key markets for us. AM/NS India will be making investments in a phased manner for all the expansion projects in the state. Our engagements with the Odisha government and the steel ministry are very progressive and we envision full-scale steel-making facilities with downstream capabilities in the state.”

Interestingly, this is the second time that ArcelorMittal is evincing interest in investing in a plant in Odisha. Earlier, in 2006, it had planned to set up a similar 12 MnTPA greenfield plant in the Keonjhar district of Odisha. However, the company had abandoned the plan in 2013 on account of delays in the land acquisition process and lack of assurance on a captive iron ore mine at that juncture.
Earlier too, before the takeover of Essar Steel by ArcelorMittal, there had been proposals of investing by the former in Odisha, although on a lesser scale. Therefore, the plan for the present plant seems to have roots in past discussions.

Launched in 2020, the Mission focuses on the eastern sector. The idea is to develop this entire region as a single cluster through a hub-and-spoke model for the production of high value-added steel. Even greenfield projects are not being ruled out with the relevant logistics support.
The focus will be on eastern states of India (Odisha, Jharkhand, Chhattisgarh, West Bengal) and northern part of Andhra Pradesh which collectively hold around 80% of the country’s iron ore, almost 100% of coking coal and significant portions of chromite, bauxite and dolomite reserves. It is expected that around 200 MnT of the envisioned 300 MnT steel capacity by 2030-31 can come from the eastern belt alone.
The integrated steel hub would focus on three key elements:

However, it is learnt that, at this juncture, doubling of the capacity of the 6 million tonnes per annum (MnTPA) pellets plant at Paradip to 12 MnTPA is a priority for the company and that the expansion is slated for completion by the end of the current fiscal and operations will start in the second half (H2) of 2021-22, as per a company source.
“AM/NS India is on track on the Paradip pellet plant capacity expansion to 12 MnTPA in Odisha from the current 6 MTPA. With an assured supply of high-quality iron ore from the beneficiation unit at Dabuna, the plant’s proximity to the Paradip Port ensures that the pellets are effectively shipped to our integrated steel plant in Hazira, Gujarat. The project, to be completed in the coming months, is in line with our long-term goal to make AM/NS India self-reliant by boosting strategic raw material security. We are positive and hopeful about India’s growing demand for steel and this addition will only strengthen our position in the market,” AM/NS India CEO Dilip Oommen told Steel360.
Apart from the Paradip facility, AM/NS India also has an 8-MnTPA pellets making facility at Vizag. Post-Paradip plant expansion, the total pellets capacity will increase to 20 MnTPA.