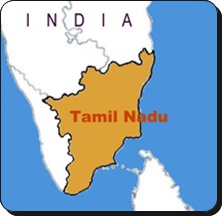 Chennai, the capital city of Tamil Nadu is emerging as one of the appealing hotspots market for Flat Steel Industry.

The state government has recently announced to set up an Auto City by forming an Automotive Industrial Development Centre. This has bought in improving prospects for the Flat Steel Industry. Moreover, upcoming infrastructure projects to the tune of INR 1.3 trillion, is going to see a significant uptick in demand for Flat products. Steel 360 Research analyzed some emerging trends for the Flat Steel Industry in the state.

The city that has been rightly addressed as the ‘Detroit of India’ has announced to build a dedicated Auto City to promote manufacturing of automobiles in much larger scale than ever before. With the advent of Ford Motors Company way back in the year 1995, the city has seen a series of investments thereafter from some of the global auto manufacturers. Companies like Hyundai, Mitsubishi, Renault Nissan & Daimler have established their footprint in the state by setting up their plants here.

As per industry estimates, Tamil Nadu alone produces around 42-44% of total cars in India and around 35% of total auto components manufactured in India. This has urged many steel manufacturers to realign their supply chain in the state in order to serve to growing needs of this sector. “The potential consumption of Flat Steel products is yet to see growth”, said a manufacturer based in Chennai. Industry analysts expect the market to grow by 20-30% in next 2 years.

The city is not onlya cluster forautomobiles but is also one of emerging markets for wind power projects. Tamil Nadu is planning to set up a Green Energy Corridor project by investing around INR 1.5 hundred billions; this will be a big boost for the steel sector. Speaking to Steel 360, an ex-official of a wind turbine manufacturer based in Chennai said, “Out of total installed capacity in India, around 34-35% is based in Tamil Nadu.”

A tubular wind turbine tower which has a generation capacity of 700-800 KW consumes around 80-90 MT of Steel Sheets. On account of growing numbers of windmill projects in the state, steel demand is likely to grow significantly in the coming days. There is huge potential for the consumption of steel products by Wind Turbine manufacturers, said the official.

Gamesa, one of the leading wind turbine manufacturers based in Tamil Nadu has announced to commission around 800 MW of wind power capacity in FY15. Market experts are quite optimistic for the growth of this industry. However, the fate of Flat Steel industry hinges on the smooth execution of such wind power projects in the state. 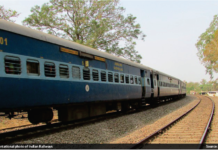