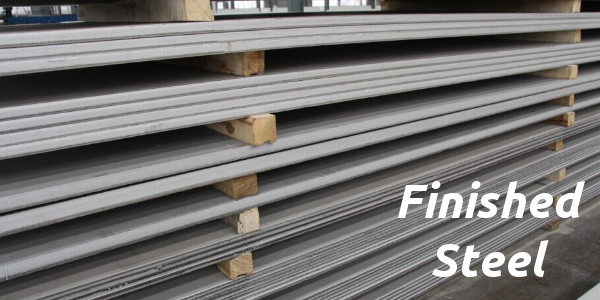 Indian Plate manufacturers are struggling to keep their head above water, as the glut in the Chinese finished steel market has led to surge in Plate imports to India by 400 per cent. Imports of Plates from China in H1 FY15, has reached 0.17 MnT as compared to only 34,570 MT in H1 FY14. Declining prices in China & slowdown in domestic demand has been a cause of concern for Indian Steel manufacturers. China’s dumping of Steel products in India has seriously disturbed the price dynamics in India.

As per the official data available with Steel 360, we learnt that the total value of Chinese Plate imports to India in H1 FY15 touched INR 7.14 billion against INR 1.39 billion in H1 FY14. Rising import has affected Steel producers in India, since prices have hit the lowest levels in last 4 months.

Worried over the surging imports of Plates from China, domestic manufacturers have increased discounts by INR 500-1,000/MT to reduce the big gap in the domestic & imported plate prices. During October, 2014 prices were around INR 41,500-42,500 per MT, whereas commercial grade imported Chinese Plates were offered at INR 40,500-41,000 per MT. Manufacturers like Essar, JSPL & SAIL have been battling with this cheaper price regime.
There have been several proposals to impose a safeguard duty on cheaper imports, however no such concrete measure has been taken so far. An industry expert quips the subsidies offered to Chinese producers for manufacturing steel gives them a cost advantage & makes Indian steel products vulnerable to unfair price competition.

Total imports of Plates to India have increased to 0.4 MnT in H1 FY15 from 0.22 MnT in H1 FY14. Imports from France, Ukraine and China have appreciated to the highest during H1 FY15 as compared to the same period last year. A break up of the import basket gives a more clear picture.
India’s Export Competition

Cheaper Chinese plates are not only affecting domestic prices in India, it is also leading to competitive pricing in the international market thereby affecting India’s export markets. India mainly exports Plates to UAE, Iran, South Asia, North America and Europe; however Chinese plate prices have affected Indian offers in the international markets to a certain extent. The only respite to Indian manufacturers is improvement of prices in the US and some European markets. This could possibly help Indian exporters to gain traction in selling their products in these markets.

The current situation for Iron ore & Steel industry in India is extremely grim. If our trade policies are not aligned as per the needs of the domestic industry, it will be difficult to protect the manufacturers India. We have exported the benefits of Iron ore mining bubble to China in the past and currently we are importing the glut of Chinese Finished Steel to India. It’s high time when policy makers need to take a note of this and bring in serious policy reforms to shield the domestic industry from extinction.