Home Technology Next Is it time for China to switch to electric arc furnace steelmaking?
Facebook
Twitter
WhatsApp
Linkedin 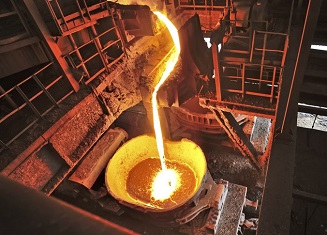 Iron ore and steel scrap are the two major raw materials used in steel production, and they can substitute each other. China has been the world’s largest iron ore importer since 2003. In 2017, its imports reached a new record-high of 1075 million tonnes (Mt). China has also been importing steel scrap over the past decade, with annual imports totalling approximately two Mt/a. Its exports of scrap have been virtually nil in the same period.

However, in 2017, China’s steel scrap exports suddenly surged to reach 2.3 Mt, which triggered a debate over whether or not China should build more electric arc furnace (EAF) plants to make use of its increasing domestic steel scrap. Today, EAF technology represents around 6.5% of China’s steel production, compared to around 45% elsewhere in the world.

China’s steel scrap is currently still in short supply and the jump in scrap exports was due to the closure of a huge number of obsolete induction furnaces, which use 100% of steel scrap as raw materials.

There was a bottleneck of electricity supply for China to use EAF’s over the past two decades. However, since about three years electricity has become abundant, with even an oversupply of electricity reported in some provinces.

The Chinese steel industry has a dilemma to overcome in relation to whether or not to replace BOFs with EAFs. One of the main arguments for not replacing them is that most Chinese steelmakers’ blast furnaces (BFs) and BOFs are modern with high efficiency and low intensity levels and more than half of them were just built in the past 10-15 years. This means that substituting BOFs with EAFs will have a very high financial burden on steelmakers and the economic return is in question.

The substitution of some BOF’s with EAF’s in response to the rising scrap availability will happen, sooner or later. Different steelmakers in different regions should have different strategies, depending on the availability of both steel scrap and electricity in their regions.
For the longer-term, there is a need to develop a breakthrough technology which can flexibly switch between iron ore and steel scrap to deal with the volatility in supply of different raw materials and changing environmental regulations.

To conclude, from the scrap and power supply point of view, there is certainly room for the Chinese steel industry to increase its share of EAF steelmaking capacity. In the coming years, it will be making use of the growing domestic scrap availability considering that a BOF can be charged with up to approximately 30% scrap and an EAF up to 100%. In the longer-term, the industry will need to overcome the dilemma of the choice between BOF and EAF.