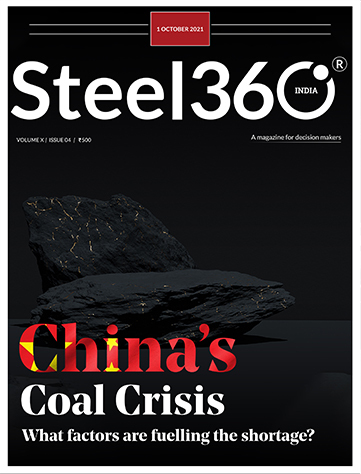 China’s coal crisis is deepening and having a far-reaching impact. It has sent global coal prices spiraling, putting downstream consumers globally on the backfoot.

October may be a critical period for Indian steel mills because coal has ballooned into a major issue, although they operated at optimal levels in September. Some captive plants may have to stop production. The government may also have to intervene, as the crisis deepens, to ask power-intensive units like electric arc furnaces and induction furnaces to curtail production — so that electricity can be diverted to the household sector keeping in mind the festive season ahead.

This is tricky at a time the industry is entering the peak demand season that starts from October. The monsoon recedes and construction activities resume full steam, which would give a fillip to long steel consumption. The festive season generally ensures high consumer durables demand, which would, in turn, have a positive impact on flat steel.

With cost of production having escalated, thanks especially to runaway coal inflation, mills have raised finished steel prices.

Steel360 wishes its readers a Happy Durga Puja and Dusshera.

Steel at a Glance: A short-to-medium term outlook

Auctions – A Mine of Opportunities