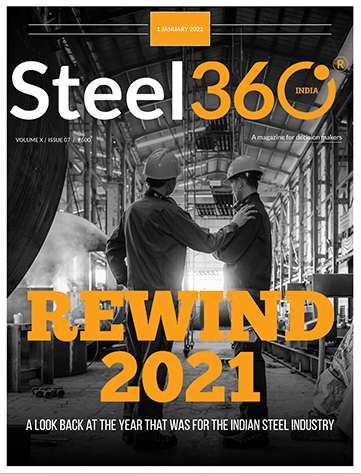 Another calendar year draws to a close. The fortunes of the Indian steel industry wavered. The Chinese export rebate cancellation was a major influencer. The second Covid surge and ensuing oxygen crisis stifled crude steel production for a month. Even as output bounced back, renewed post-lockdown industrial activity led to a sudden mismatch in power demand and generation, leading to domestic power shortfall, which was subsequently alleviated by increased coal production by Coal India. Indian mills exhausted and exceeded their Europe exports quotas in the first five month of the year to stay afloat during the Covid surge, while the European Commission extended safeguard measures for another three years. Auto production was hit by the semi-conductor shortage while mills intermittently raised prices, in tandem with their export prospects.

CY’22 is beginning in the throes of Omicron. But this too shall pass. Domestic demand in flats is expected to be better as the chip shortage wanes while longs may also see higher demand on the back of the government’s infra push. However, exports need to sustain since domestic demand may not absorb the incremental crude steel production in CY’22, which may touch 124-125 million tonnes.